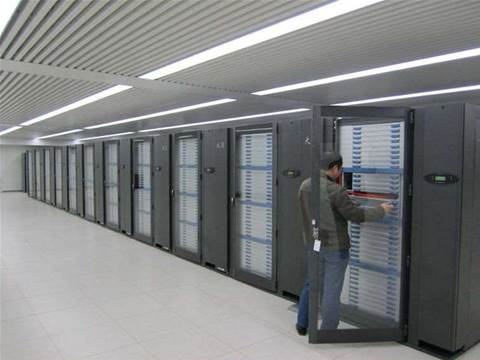 Nvidia claims its graphics chips are the driving force behind a Chinese supercomputer called Tianhe-1A that has claimed the world's speed record for number crunching.

The fully-operational computer is based at China's National Supercomputer Center (NSC) in Tianjin and knocked the US's Cray XT5 Jaguar from the top of the flops with a new performance record of 2.507 petaflops on Linpack benchmarks.

According to project leaders, the 155-tonne system uses 7168 Tesla M2050 GPUs and 14,336 CPUs, but the graphics processors are the real power behind the system, which would otherwise have required more than 50,000 CPUs to achieve the same results.

"The performance and efficiency of Tianhe-1A was simply not possible without GPUs," said Guangming Liu, chief of NSC. "The scientific research that is now possible with a system of this scale is almost without limits."

According to Nvidia, the machine GPU infrastructure is also more efficient than traditional supercomputers and the company claims that a 2.507 petaflop system built entirely with CPUs would consume more than 12 megawatts of electricity compared to the Tianhe-1A's 4.04 megawatts.

GPUs are increasingly used in high-performance machines because their parallel computing power is well suited to processing complex problems, such as defence code-breaking work, medical research and climate modelling.

Reportedly carrying a price tag of over $88 million and shoehorned into 103 refrigerated cabinets, the Tianhe-1A is expected to run at a mere 563.1 teraflops in general use designing air planes and modelling potential oil deposits.

The Chinese scientists still need to have their feat confirmed by the supercomputing equivalent of the Guinness Book of records – the Top 500, which is due to release its next list next month.

Eliminating departmental friction within MSPs
By Stewart Mitchell
Oct 29 2010
8:38AM