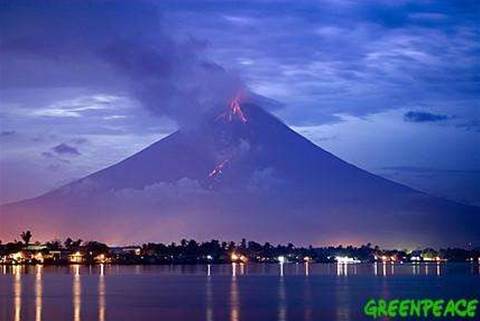 Greenpeace has praised Apple for its recycling programme and its efforts to remove toxic chemicals from its products.

The environmental campaign group listed Apple at the bottom of its rankings in April.

But the company has now moved ahead of Sony, LG Electronics, Panasonic and HP to tenth place on the 14-company Green Electronics Guide ranking. Nokia, Dell and Lenovo topped the list.

The ranking is based on the use of toxic chemicals, initiatives to phase out such materials and recycling policies for high-tech consumer goods.

Greenpeace highlighted Apple's policies on PVC and brominated flame retardants as principal reasons for the improved assessment. The organisation particularly praised Apple's pledge to remove the substances from all its products by 2008.

Apple was also congratulated on its goal to recycle 30 per cent of its products by 2010, and the volume yielded by Apple's current recycling practices. The computer maker currently takes in 9.5 per cent of products sold seven years ago.

But Apple's ranking in the lower half of the list indicated that there is still much room for improvement. Apple still does not do enough to follow the so-called Precautionary Principle in its environmental policies, according to Greenpeace.

The organisation also knocked the principles of Apple's recycling programme, contending that, despite the large amount recycled, the programme does not extend worldwide and fails to provide enough education to customers.

Greenpeace has previously targeted Apple in a special campaign called Green My Apple in which it accused the firm of doing nothing to improve its environmental policies.

Greenpeace said that the group is especially vocal in regards to Apple because it sees the company as an industry leader capable of influencing other vendors to adopt better policies.

Apple initially shrugged off the Greenpeace report, claiming that the company is years ahead of other vendors in its practices.

Greenpeace's efforts have, however, prompted Apple chief executive Steve Jobs to release a public report outlining Apple's environmental policies and its plans for the future.

Apple did not respond to a request for comment on the latest rankings.