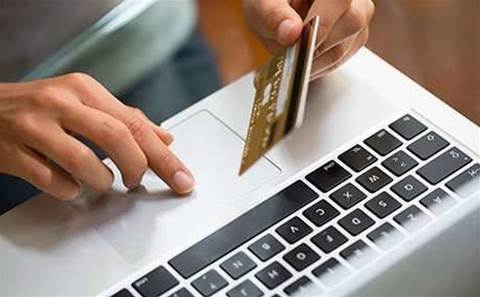 Online technology sellers are stepping up their efforts to target Australian customers, potentially leaving Australian resellers out in the cold.

While the trend is not new – and it's not fair to define all these online sellers as "grey market" – several recent developments show it’s getting easier, and more common, than ever for importers to source cheap technology via new channels.

Several other recent developments demonstrate how online marketplaces are shaking up the IT channel.

The promise for Australian Bigcommerce online merchants is that with a single click they’ll have a “pipeline to the best-selling items from companies that used to be nearly impossible to work with, outside of China".

One online seller that was upfront about the growth of direct online sales was marketplace Alphatise. When CRN spoke to one of the site’s co-founders, Ben Nowlan, last year about where he saw it future, he pointed to what he saw as a trend for vendors to sell direct.

However the site wasn't a silver bullet for the online sales, falling into administration less than a year after launching.

Other sites have joined Kogan in opening up new channels to market via the import route.

One of these is Yatango, which owns a Hong Kong business from where some products are shipped to Australia (the marketplace is also open to shipments from Australian suppliers) after orders are placed on the Yatango Shopping site. The site lists Microsoft’s Surface Pro 3, as well as laptops and accessories, and products from Dell, Toshiba, HP, Apple and other major vendors.

Yatango links the customer with the supplier, which could potentially include distributors, resellers and retailers. Yatango is hoping to float on the ASX and has ambitions to take its model to the US and UK.

Last year, Australia Post announced ShopMate, which gives Australia customers a US address allowing them to buy from US sellers even if those companies don’t ship to Australia.

eBay is also finding new ways to give a leg up to overseas sellers targeting the Australian market. It has partnered with Chinese supply chain provider Winit, which has a 3,500sqm warehouse in Sydney opened in 2013. While the warehouse is typically used for larger home and garden and parts and accessories, it also holds some technology products.

Winit is an exponent of the “ship first, sell later” model of overseas warehousing. With eBay, it will help Chinese sellers that don’t have Australian warehousing or the necessary experience to make use of Australian warehouse facilities. Sellers can get “full-package” services including international shipping, warehouse management and last mile delivery.

Chinese sellers will also get in-depth research and analysis on best-selling categories.

In other markets, eBay has also helped Chinese vendor ZTE to launch mobile devices - ZTE's latest 5.5-inch phablet, the Blade S6 Plus, was launched via eBay.

Meanwhile, calls to remove parallel or "grey market" import restrictions continue with the recent Competition Policy Review published last month. While the report did not make recommendations about IT imports specifically, it did recommend reviewing rules regarding parallel imports under the Copyright Act and Trade Marks Act.

All this is creating competition for Australian retailers with consumer and business sales, especially smaller regional IT shops and smartphone dealers.

One reseller in that category that we spoke to argued that it was getting too difficult to compete when vendors tie up exclusive deals with retailers and online marketplaces have a greater range than he can offer.

In some cases, these sites are bringing in products not sold by local suppliers. Alibaba, for instance, is stocked with thousands of low-priced electronics from little-known Chinese OEMs.

At least one distributor is thinking of how it can take advantage of the trend – telling us they see a day when they act as a “consolidator”, fulfilling orders though Hong Kong on behalf of Australian retailers, with the sale effectively offshore. Customers avoid GST and the product arrives through the post, while the distributor gives the local retailer a cut.

Where that leaves the small reseller is still to be seen.