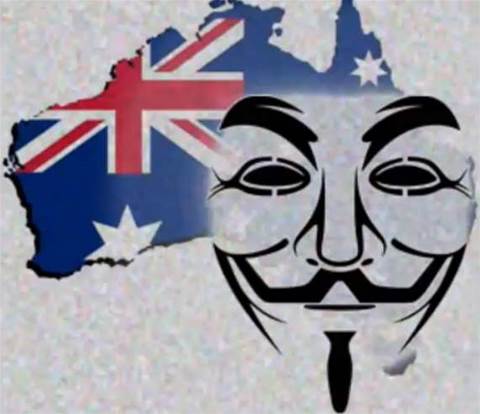 Hackers purportedly belonging to the Anonymous collective have released a portion of the 40 GB database they stole from a breached AAPT server last week.

After days of threats from the Anonymous splinter group, the hackers — operating under the name "Op Australia" — begans to release records including customer names, phone numbers and addresses.

Though the released data appears to be heavily redacted, some of the records include information from Federal Government agencies such as the Department of Defence, Attorney-General's Department and the Australian Federal Police.

Private sector companies, embassies and local government institutions are also listed among the released records, which the hackers threatened could number 600,000.

Much of the data was uploaded to Pastebin, which has recently cracked down on hacking activity and more quickly removed posts containing stolen data.

Redaction of the records comes as Anonymous members promised to remove sensitive customer information from the leaks in order to protect individuals.

The group also separately released AAPT's secure certificate as a way of proving the source of the information.

However, the group's representatives would not provide CRN sister site SC Magazine with an encrypted sample of the uncensored data to verify what data was exposed.

One spokesman for the loosely knit hacking collective said only that it contained "juicy" information, but did not specify if that included credit card or customer financial data.

A further 3.5 GB of customer data would be released over the coming days, SC was told.

IThe hackers broke into the dedicated server, hosted by Melbourne IT, through a "very old" Adobe Cold Fusion vulnerability that was unpatched on the servers.

The ISP had been informed of the breach on Wednesday but it was understood AAPT was not entirely certain of the contents of the stolen data cache prior to the leak.

Melbourne IT had become aware of the vulnerability after news of defacements made to Queensland Government websites last week.

AAPT data had been stolen and uploaded elsewhere by the time the patch was applied.

The high-profile hacks came in apparent protest to the Federal Government's proposed data retention regime, which would mandate telcos and internet service providers to collect and keep transmission data from users for up to two years.

Grabbing the hybrid cloud opportunity with Lenovo and Azure Services
By Darren Pauli
Jul 30 2012
8:05AM