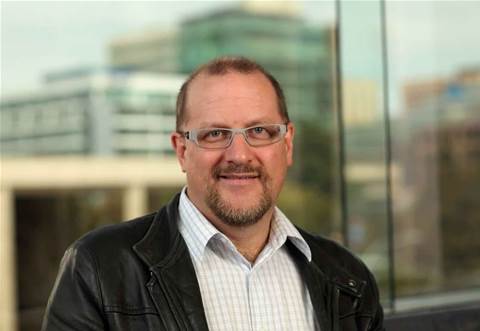 Internode chief Simon Hackett has criticised the Coalition for choosing the wrong technology on which to base its national broadband policy.

In a speech to the Commsday Summit this week, Hackett said that although the Opposition’s newly-released policy was “highly reasonably and very clearly articulated”, its decision to use fibre to the node (FTTN) over fibre to the premise (FTTP) would not service the nation’s broadband requirements.

“The network gets built quicker and costs less money, but it is less of a network. There is this underlying question for us about whether that less of a network is a sufficient one for our requirements.”

The Coalition yesterday released its long awaited plan for the Government’s national broadband network should it come to power in the September election. Its policy favours FTTN over FTTP in a bid to build the NBN at a lower cost and in less time.

It will spend $29 billion servicing 70 percent of Australians with a FTTN connection and 20 percent with HFC by 2021. The remaining seven percent already covered by satellite and fixed wireless would remain so.

Hackett said it was easy to talk about cost, but whether the final product is sufficient should be a larger part of the equation.

“Fibre to the node is sufficient if the demand for broadband magically plateaus permanently at two to three times the current demand we see in the market,” Hackett said.

He said fibre was the only way to deliver higher speeds.

“In a world where we are talking about fibre to the node multiplying available access speeds by a factor of two to three, a gigabit rate fibre network multiplies access speeds by factors of a hundred. That’s a pretty nifty result, absolutely at a higher cost, but it’s a very, very meaningful result.”

Hackett said the decision to shift the network from FTTP to FTTN was entirely at the whim of Telstra, with the telco likely to make more money out of the deal for less work.

“To be merely paid the same amount of money to do a lot more work makes no sense. Telstra’s palm will be necessarily covered with a lot more silver to make this happen, especially to make it happen in a hurry. I’m not convinced that’s a good use of public funds, to make things happen in a hurry by paying Telstra to do it,” he said.

“There’s a real challenge there. New policy means a new deal is required. The Telstra deal has no sovereign risk, it doesn’t run out at election cycles. So at the end of the day, [if] after appropriate consideration over the next two to three years Telstra decides it is not in the shareholders’ interest, none of that policy happens. If they don’t agree, we don’t get FTTN, we get FTTP again.”

Fixing up the copper

“Kerry Packer would be laughing all the way to the bank if he could find someone to buy Telstra’s copper network,” he said.

But Turnbull said poor quality copper could either be fixed or replaced in problematic areas.

Internode’s Hackett said cutting and re-patching millions of copper lines was a lot harder than building a new network.

“Why that is not different to putting in fibre connections, which obviously involves a lot of labour as well, is that you’re building from scratch. In this case you’re picking up a working service from a pile of - in some cases - very inscrutable copper lines coming up out out of the ground, and trying to work out which is the right one to cut over, which is a lot harder than building a new network.”

“To state the obvious - the run cost is also higher in fibre to the node, so one of the trade-offs is it costs less to build it but it costs more to run it. You’ve got to keep the bloody thing going,” he said.

The Coalition has estimated it will need to deploy around 60,000 cabinets under its plan - cabinets Hackett said will be thrown away in a few years when the network likely needs to be upgraded to FTTP, and that would result in ‘challenging’ maintenance issues.

These cabinets represent "60,000 places where equipment might fail and you might have to go out and fix it. Instead of 121 POIs there’s 60,000 little places where active equipment can blow up, where blue smoke can come out,” he said.

“The copper network needs to not actually fall apart in the process. It really does represent a challenge that the network is at the end of its economic useful life and not the start of it.”

He said while the Coalition’s commitment to rolling out a cheaper NBN more quickly, there were other options to look at, such as “holding NBN Co’s nose to a massive grindstone and pushing really hard”.