Hands on with the Nexus 4 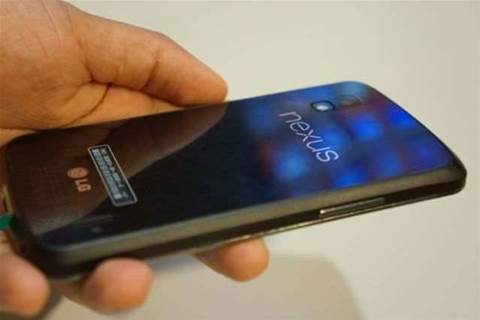 The latest Google smartphone, the Nexus 4, went on sale on Google's Play Store on Tuesday of this week, but reportedly sold out within an hour.

The 8GB version costs $349, and the 16GB version $399 - making the Nexus 4 the bargain of the year. The premium design, cutting-edge internals and unbeatably low pricetag make it definitely worth the money.

We recently spent some hands-on time with both the Nexus 4 and a comparable offering, the Optimus G, LG’s flagship smartphone that’s due to be released early next year. Both have the same 4.7” True HD-IPS LCD screen, the same 1.5GHz quad-core Krait processor, and the same 2100mAh battery.

Traditionally, LG has always been about the budget smartphones. Even its so-called designer smartphone, the LG Prada, felt a bit chintzy compared to other high-end handsets. The Nexus 4 changes that. The Nexus 4’s look and feel is preferable to the Optimus G’s, largely due to its distinctive shape and rubberised frame.

The Nexus 4 has the same rounded shape of its predecessor, the Galaxy Nexus. But the two couldn’t be more different when it comes to construction. The Galaxy Nexus has the same plasticky feel of other Galaxy phones; the Nexus 4 is similar to the Apple iPhone 4/4S, with the back and front covered in Corning Gorilla Glass 2. It also has a pleasing heft to it at 139g, and the rear has an interesting speckle design.

Our brief play with the Nexus 4 revealed an extremely snappy performer. The user interface looks nearly identical to the Galaxy Nexus, with the same three on-screen soft buttons and the same purple-and-blue default wallpaper. Not that the Galaxy Nexus was slow – especially with the Jelly Bean 4.1 update – but the Nexus 4 seems faster than any other Android smartphone we’ve tested this year.

The Nexus 4’s main drawback is that it has 42Mbps HSPA+ rather than the more modern 4G LTE. But, if you’re happy to make do without this feature (and indeed, you’d be wise to if you value longer battery life over faster mobile data), the Nexus 4 really is a no-brainer.

Grabbing the hybrid cloud opportunity with Lenovo and Azure Services
By Jenneth Orantia
Nov 14 2012
8:03AM