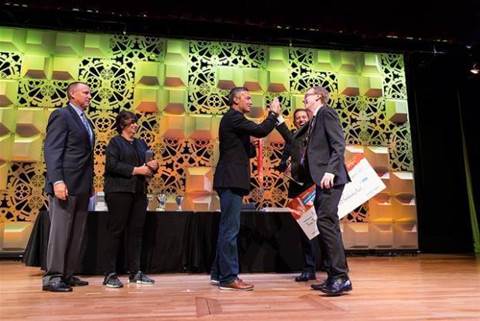 If you can be the best at something, it's a safe bet that someone, somewhere, will have made a competition for it.

If you've got a particular talent for covering yourself in bees, then you should definitely head to China's Hunan province, where your skills will finally be given the recognition they deserve – although since the record is currently 63.7kg of bees, you need to be really good, or really lucky.

And yet I found myself completely nonplussed when I got a press release about the recent Microsoft Office Specialist World Championship. Here's a little taster:

“In its 16th year, the competition attracted more than 560,000 candidates from 122 countries to demonstrate their superior skills in Microsoft Word, Excel, and PowerPoint. Today culminated the most popular technology skills competition on Microsoft Office and the only one endorsed by Microsoft since its inception in 2002.”

I have So. Many. Questions.

Microsoft Office is made up of Word, PowerPoint and Excel. They're designed to make working 1,860 hours a year until you die slightly less unremittingly tedious than it ought to be.

These are desktop publishing tools, not competitive sports such as football, canoeing or tiddlywinks.

They are means to an end, rather than the end in their own right. If you're going to have a competition for Microsoft PowerPoint, you may as well have another one for adjusting swivel chairs, or interpreting printer error codes. I daren't type these concepts into Google, in case this is already a thing.

“...Today culminated the most popular technology skills competition on Microsoft Office and the only one endorsed by Microsoft since its inception in 2002.”

Not only is making Microsoft Office a competitive sport an idea that somehow found its way off the deranged drawing board, but this has happened more than once. Without us having to examine theoretical parallel universes? 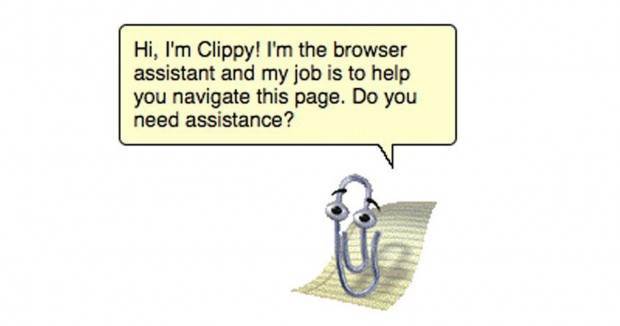 Still, the Microsoft Office World Championship is the most popular.

How exactly do you win the Office World Championship?

Golf, tennis, covering your body from head to toe in bees: it's pretty obvious who the winner is in each of these wholesome pursuits (and it's not the bees).

Who wins in a PowerPoint match? What does the final of a Microsoft Word-off look like? How can you prove you're the best at Excel when somebody has already spent nine-and-a-half hours scrolling all the way to the bottom of the sheet?

Apparently, 560,000 people entered the competition. I don't know how you'd narrow this down to a shortlist, let alone picking the best.

The official rules seem to suggest it involves recreating certain documents within a 50-minute period. They'll be kicking themselves when they find out about the copy/paste function Windows has built in.

Are there teams for Word, Excel and PowerPoint?

Word, Excel and PowerPoint are three very different disciplines. Cristiano Ronaldo is paid the big bucks by Nike because he's good at moving ball without resorting to his hands – he's not expected to pick up a snooker cue as well.

The skills needed for Word must be pretty different from Excel, I'd have thought? Do we really want jacks of all trades in our Office Office Specialist World Champions? We're putting too much pressure on them. 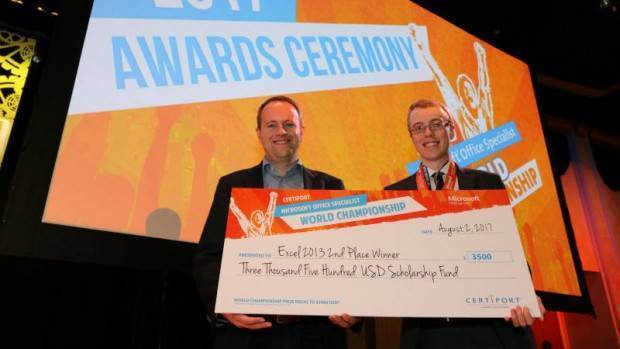 Fortunately, a little digging proves this isn't the case – in fact there are individual heats for Excel 2013 and Excel 2016 for some reason. Excel 2003 hipsters are out of luck.

“Experience of a lifetime”

But I think my favourite part of the press release is the quote they get from Anneleen Vaandrager, Microsoft's senior director for the education industry.

“The competition itself is the experience of a lifetime,” she is quoted as saying, “but every participant, all 560,000 of them, earned MOS certification to bolster their employability opportunities.”

The competition is only open for 13- to 22-year-olds. If this is the “experience of a lifetime”, then the rest of their lives are going to be one massive letdown.

For 560,000 entrants in the 2017 Microsoft Office Specialist World Championships, that won't be a problem. Thank Clippy for that.