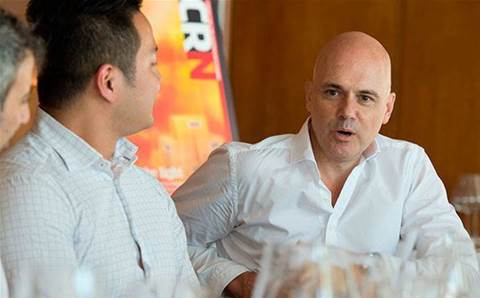 Harbour IT chief executive Michael Giusti has moved on after more than two years in the top role.

Giusti took over the reins of Harbour IT in July 2016, two years after Canon Oceania bought a majority stake in the company, integrating with its Canon Business Services unit. He had been with Harbour IT for more than 17 years before he left, and was general manager before taking on the CEO role.

Previous chief executive Craig Bishop spent two years as a director after the acquisition before retiring from Harbour IT's board in July last year.

Giusti will take a personal break before returning to the workforce.

"Michael Giusti has been a great asset to Harbour IT for over 17 years and he will be missed. We wish him all the best in his future endeavours," a Canon spokesperson said.

With Clark's appointment, Converga and Harbour IT could be working together more closely in the future.

"Luke Clark, CEO of Converga (a Canon Group company), has been appointed to lead Harbour IT forward, in a dual CEO role," the spokesperson said.

"Luke is a proven leader and a natural fit, given his role with Converga, and is well-placed to identify growth opportunities between the two companies. Luke is supported by the Harbour IT leadership team."

Harbour IT came close to hitting $50 million in revenue in the 2017 financial year, adding another $10 million that year off the back of its strong cloud sales growth.