Has Turnbull's 'Ideas Boom' fizzled out? 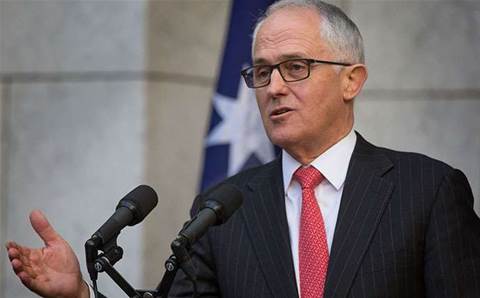 Prime minister Malcolm Turnbull’s so-called ‘Ideas Boom’ may be a central plank of the Coalition government’s policy platform, but judging its success six months on is far from straightforward.

Announced December to promote the commercialisation of Australian innovation, there are few, if any, accurate ways to judge the success of the policy, according to Bill Ferris, the head of the independent board advising the government. Ferris told CRN that the election process damaged the Ideas Boom and left the board dealing with a public perception problem.

Ferris said that "the prime minister had that halo" of leadership when Turnbull first made the announcement, "and the research community and the entrepreneurial community was very excited by all of that". However, "that momentum got somewhat lost in the lead-up to and the process of elections and caretaker governments”, Ferris said.

The Ideas Boom is a play on words referring to the decline of the mining boom that has, up until recently, underpinned Australia’s relative prosperity against a backdrop of global financial instability.

It was manifested in a collection of around 20 policy initiatives worth up to a billion dollars to stimulate Australia’s knowledge economy and move away from its reliance on its traditional employment sources, which some say could see up to eight million jobs replaced by advanced technology in the next two to three decades.

Ferris, co-founder of Champ Private Equity, was appointed chairman of the federal government’s independent advisory body for its innovation policy, Innovation Australia, in November 2015 (a body to be renamed Innovation and Science Australia after the impending passage of uncontroversial parliamentary legislation).

Ferris said that the board expected to announce a CEO within three weeks but revealed few details about whether the prime candidate’s background would be scientific or commercial. The board will report almost directly to cabinet.

The Ideas Boom’s program of legislation is generous and addresses concerns many in the innovation and science community have held for years. Arguably, its crowning policy initiative is a tax incentive scheme that gives, from 1 July, the ability for investors to get a 20 percent, non-refundable tax offset for angel investments up to one million dollars and a 10-year capital gains tax exemption if they hold it for up to 12 months.

“We think, and most people should think, that will help with the early-stage funding problem that early-stage companies have been struggling for many years,” said Ferris.

The government has also increased support to private incubators around $10 million to $15 million and relaxed rules around its Early Stage Venture Capital Limited Partnerships (ESVCLP) allowing them to remain in the portfolio until they reach a value of $250 million, rather than the previous $100 million.

However, the Ferris was most excited about the government’s participation in a joint public-private initiative to create a $500 million to support bio-medical innovations.

“A lot of these ideas have been floating offshore or commercialised prematurely offshore through IP licensing or through premature IPO floats.

“To have $250 million-plus investment from government matched by $250 million from the private sector is a real breakthrough and really helps us prevent squandering this great medical research platform we have,” Ferris explained.

Peter Bradd, chief executive of corporate disruption advisory the Beanstalk Factory and former chief executive of StartupAUS – which was the organisation that led lobbying for many of the government’s changes – believes the initiatives are working.

To be fair, StartupAUS produced the Cross Roads report that informed many of the government’s policies for the Ideas Boom. However, Bradd believes that they are changing corporate mindset at the big end of town with many brands like News Corp and Suncorp seeking to increase investment in innovation.

“That didn’t happen until Malcolm Turnbull started talking about innovation,” said Bradd. “The Ideas Boom wasn’t around getting Australia to innovate more but that was a by-product of Malcolm Turnbull talking about it very publicly and it got the conversation of the country’s largest boards. They’re wondering what they’re going to sell in five or six year’s time,” he added.

Currently there is only one objective indicator of the success of the policy. The Australia Israel Chamber of Commerce (AICC) has started compiling a periodic innovation index compiled from web surveys and paper-based surveys that it collects at its regular events.

The first index results released late August paint a confusing picture. Encouragingly, 34 percent of businesses polled said that they planned to invest in startup companies in the next six months. Of those, 22 percent ranked innovation and entrepreneurship as high growth areas of their businesses (surprisingly, that was ahead of new products and services at 15 percent and new markets at 13 percent).

Nevertheless, the AICC’s NSW chief executive, Michelle Blum, said she believes the Ideas Boom is driving awareness of the need to breathe more life into the knowledge economy. “It suggests that the government discussion and focus on the innovation agenda has made businesses more aware of the startup eco-system that already exists in this country,” Blum told CRN.

Ferris is not so sure. He believes that when the prime minister lost “that halo of leadership position” after the election was called, and with that was lost the initial enthusiasm of the research and innovation community.

The long campaign during which the government was in caretaker mode exacerbated the problems and Ferris fears that part of the message behind the Ideas Boom was lost.

Ferris is also concerned that fear of technology disrupting industry and jobs might also be damaging the Ideas Boom message.

“I’m not talking about gilding lily or patronising everybody, but getting across the key stories and the what-ifs about jobs if you don’t take up new technology. People don’t understand that it’s going to happen anyway and there’ll be a lot less jobs if we’re not across it, so let’s get on with it.

"But it’s a big story and it hasn’t been told well,” Ferris admitted.

Later this year, Innovation and Science Australia will produce its first annual report since Turnbull's Ideas Boom announcement. Ferris said would not be able to provide a lot of insight into the policies’ performance but he said the board would have a strong obligation to reveal its metrics strategy to monitor the success of the legislation.

Ferris was firm that the board wouldn’t be allowing the government’s legislation an easy ride with soft metrics favoured by bureaucracies.

“There is, in most bureaucracies, a sort of default to measuring outputs when it comes to look at performance but we are absolutely dead set at looking on outcomes. By that I mean we’re not looking at the rate at which money gets allocated or the number that turn up to seminars. We’re interested in jobs, exports, sales and profit,” he said.

In other words, Ferris means that the board won’t sit back on its hands watching where the money goes. The metrics will be much tougher – which beneficiaries will have survived in two to three year’s time.