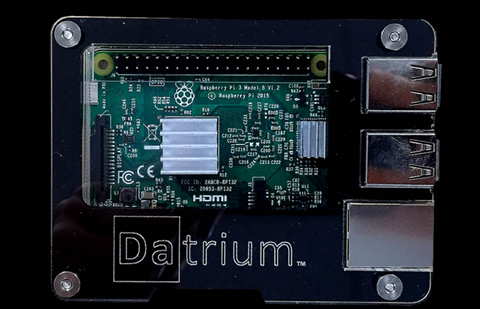 A Datrium-branded Raspberry Pi (given as a gift, nothing to do with the company's products)

Hyperconverged systems upstart Datrium is weeks away from announcing the appointment of an Australian leader, plus its first local channel partners.

CRN understands that a local managing director has been hired and that at least two local partners have signed to work with the company. One of the resellers, we understand, has been lured away from a rival hyperconverged systems vendor.

Datrium as founded in 2011 and has received backing from former VMware and Google Cloud leader Diane Greene. Early staff were recruited from the likes of Data Domain and Nutanix, giving Datrium access to people with recent experience launching successful enterprise infrastructure businesses.

Datrium distinguishes itself with its multi-cloud approach and by including primary storage, backup, mobility, DR and encryption in its platform. That collection of features is designed to outflank hyperconverged vendors that focus on primary storage and compute virtualisation.

The company’s Australian launch will follow the classic format for an enterprise vendor entering our market: hire an MD with a golden contact list and two or three senior technical staff, then secure relationships with channel players accustomed to working in government, financial services, health or education.

Once the internal and channel team is in place, win a big client in one of the above mentioned industries. Once that customer is in production, leverage the hopefully-happy story into plenty more sales and an expanded channel.

CRN will report on Datrium’s formal launch once it happens!