HCL winds back offshoring, because agile demands it 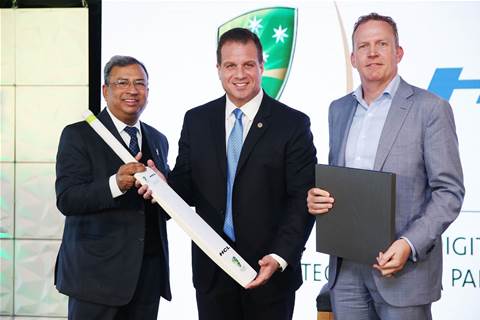 Indian services giant HCL Technologies has wound back its use of offshore workers.

“We used to move a lot of people onshore and offshore, which we don't do any longer. Some of that came about thanks to visa changes, but at the same time the delivery practices change to meet agile development methodologies. So you needed a solid team onshore and there’s a lot more local hiring - more than 50% of our staff in Australia now and locally.”

“In the past, our [Australian] offices were predominantly sales and support. Now we have offices that have delivery people in the offices as well as development people in there as well.”

The developers are needed onshore because agile methodologies require frequent meetings among stakeholders. HCL needs people to be in the room to make them work, although Horton said the company has also found better ways to work with offshore team members.

“Some of the accounts are on live video links in real time,” he said.

HCL’s local growth has been helped, in part, by staff let go by IBM and CA/Broadcom, Horton added.

Horton’s remarks were made to CRN at a Cricket Australia function revealing that the Indian company has won a role as the sporting body’s digital partner.

HCL replaces Accenture, which has worked with CA for the last five years.

Mike Osborne, CA’s general manager of technology, said Accenture did a “terrific job” for CA, but that a recent strategic review meant it was time to revisit the market.

Horton told CRN that HCL spent many months in discussion with CA about its capabilities and plans, eventually winning it over and scoring the job of integrating CA’s digital products.

“Right now we tend to go to our fans and participants on a product-by-product basis,” said CA’s Osbornne. “What we envision is an integrated platform and an experience that means the most to them.”

CA’s current digital products include a web site, app and the Mycricket platform that tracks amateur players and helps club administrators to keep their clubs humming. “We have a number of ways people engage with us,” Osborne told CRN. “If you're a coach, we sign you up get your coaching ID and send you coaching material. If you want your kids to play cricket, you sign up. And if you want to become a Melbourne Stars member, you go you sign up, we deliver Melbourne Stars membership to you.”

“Individually, each of those properties is quite good. But what we're not doing is stitching that experience together and recognizing that it's you and that you have a number of ways you’re connected to cricket.”

Horton wouldn’t elaborate on the size of the deal or how many HCL staff will work on it. He did say that staff are very excited by the alliance and half-joked that he expects the account to be over-serviced. He added that the partnership breaks new ground for HCL, as it does not currently have a client with a consumer base as broad as CA.