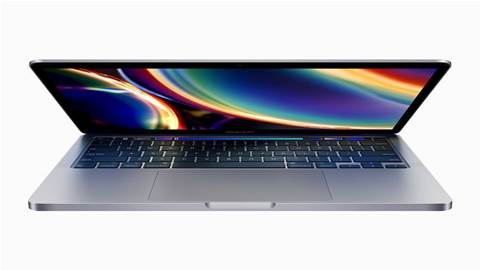 The battle for the best new laptop of 2020 is on. In January, Dell introduced an update to its always-terrific XPS 13, and our tryout so far suggests the new model does not disappoint. Meanwhile, Apple this week launched a refresh of its 13-inch MacBook Pro that has been hotly anticipated due to several key upgrades (hint: the lackluster "butterfly" keyboard is no more). Both notebooks offer a combination of strong performance, portability and design that are hard to match--but which of the two laptops is the better fit for you? In the following slides, CRN compares the new Apple MacBook Pro vs Dell's XPS 13 for 2020 on specs and price. 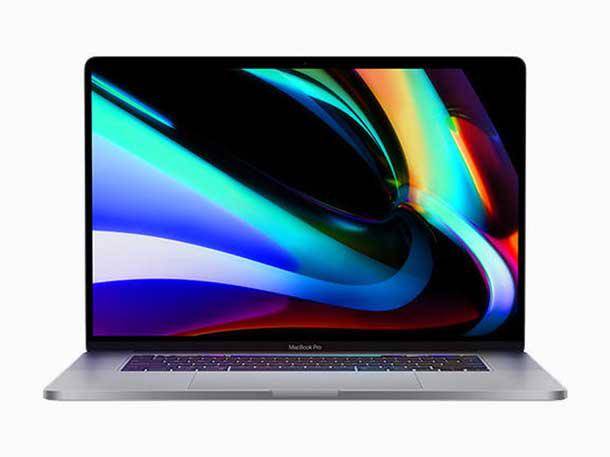 While Apple's MacBook Pro comes in a 16-inch version as well, we'll just be looking at the new MacBook Pro model featuring a 13.3-inch display. The display offers Apple's vibrant Retina technology with resolution of 2,560 x 1,600 and brightness of up to 500 nits. There are no changes on the form factor of the MacBook Pro this time around, meaning the laptop includes larger bezels around the display than on Dell's XPS 13. Dell has in fact slimmed down the display bezels on the latest XPS 13, giving an impressive screen-to-body ratio of 91.5 percent--closer to a true "edge-to-edge" display than on the MacBook Pro.

The XPS 13 display is also slightly larger in size at 13.4 inches and is 25-percent brighter in this version, with brightness of up to 500 nits, putting it on par with the MacBook Pro brightness. One key difference with the XPS 13 display is an option for UHD+ resolution (3,840 x 2,400), above that of the MacBook Pro, and a touch screen display option as well (which of course no Apple notebook offers). Other XPS 13 variants include FHD+ resolution (1,920 x 1,200), available with either a touch or non-touch screen. Among the biggest updates on the new 13-inch MacBook Pro is the change in keyboard design. The new "Magic Keyboard" design now included in the notebook uses a scissor mechanism and offers 1 mm of key travel for improved typing comfort and a more-stable feel. Apple has also added a much-requested physical escape key. The Magic Keyboard takes the place of the troubled "butterfly" keyboard design in MacBook Pro releases since 2016. (The updated 13-inch MacBook Pro still features the Touch Bar above the physical keyboard.)

The latest XPS 13 has also gotten a keyboard redesign, with 9-percent larger keycaps and key travel of 1 mm, identical to that of the MacBook Pro keyboard. That key travel is a reduction from the prior model, however, which had 1.3 mm of key travel. The touchpad is also 17-percent larger this time around, and the notebook continues to feature the option for an appealing "alpine white" woven-glass fiber material on the palm rest and around the keyboard. Both notebooks in our comparison offer serious performance with Intel Core processors and options to include a significant amount of memory. One difference to note is that Apple is offering entry-level configurations of the 13-inch MacBook Pro with eighth-gen Intel Core processors, in addition to higher-end models with the current 10th-gen processor series. Dell's latest XPS 13, on the other hand, only offers 10th-gen Core processors. For both notebooks, the top-level processor available is a quad-core, Intel Core i7 from the 10th generation--though the MacBook Pro chip is rated to offer slightly faster speed with up to 4.1 GHz available compared to a clock speed of 3.9 GHz on the XPS 13 Core i7 chip.

On RAM, Apple is offering configurations up to 32 GB for new MacBook Pro--the first time this much RAM has been offered on a 13-inch MacBook. The latest XPS 13 is also available with up to 32 GB of RAM. Both notebooks can be configured with 8 GB or 16 GB of RAM, as well. One thing to note is that the entry-level MacBook Pro models feature 2133MHz RAM, while the higher-end models come with faster memory--at 3733MHz. All of the XPS 13 models feature 3733MHz RAM, meanwhile. The small all-around size of the latest XPS 13, paired with its strong performance, is something Dell is heavily touting for the notebook. But there's truth to the claims: The XPS 13 has a volume of just 52.8 cubic inches--making it 13-percent smaller all-around than the new MacBook Pro, which has a volume of 61 cubic inches. The XPS 13 is also 12-percent lighter (for the non-touch model) at 2.64 pounds, versus 3.1 pounds on the MacBook Pro--and a bit thinner, too, at 0.58 of an inch thick (compared to 0.61 of an inch on Apple's notebook).

On battery life, the XPS 13 FHD+ model has a bit of an edge with up to 12 hours of usage promised on a charge (according to Dell, citing MobileMark 2018 benchmarks). Apple promises up to 10 hours of wireless web usage on the new MacBook Pro. If you opt for the UHD+ model of the XPS 13, battery life drops below 10 hours (up to 9 hours and 37 minutes, according to Dell's citation of MobileMark 2018). On internal storage, Apple has doubled the amount offered on the entry-level model of the 13-inch MacBook Pro, with the starting level of storage now at 256 GB. Apple is also offering a wide range of other storage configurations--including 512 GB, 1 TB, 2 TB or a whopping 4 TB. Dell offers nearly as many storage options on the latest XPS 13--256 GB at the base level along with 512 GB, 1 TB or 2 TB.

On ports, both notebooks continue to be dismal in terms of variety. The entry-level MacBook Pro models offer two USB-C ports, while the higher-end models offer four USB-C ports--and that's it. The XPS 13, meanwhile, offers two USB-C ports on all models, along with a microSD card reader.

There are entry-level prices available for both Apple's new MacBook Pro and Dell's latest XPS 13, but there are also some caveats. The MacBook Pro for 2020 starts at USUS$1,299, but that's with the eighth-gen Intel Core i5 chip--whereas this year's XPS 13 starts at USUS$100 less--US$1,199--but offers a 10th-gen Core i5. To get a MacBook Pro model with a 10th-gen Core i5 processor, the price will jump up to US$1,799, but that pricing will also come with 16 GB of RAM and 512 GB of storage. This happens automatically, as the new MacBook Pro does not have the same configurability as the XPS 13. To get an XPS 13 with a comparable processor, RAM and storage, the pricing will still be a lot less--US$1,349.

One further caveat, though: all of that pricing for the XPS 13 is for the models with an FHD+ display. To get those same specs with a UHD+ display (which also happens to be a touch screen), you'd pay US$1,649, which gets you closer to the MacBook Pro price point.

Cloud application revenue made easy
By Kyle Alspach
May 11 2020
7:38AM