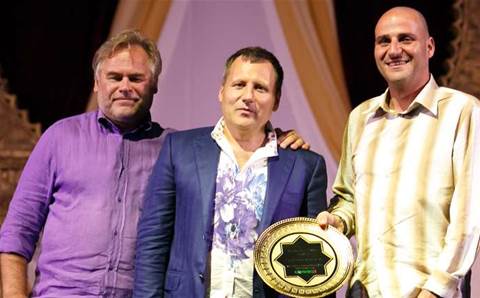 Australia's Hemisphere Technologies has won the Asia-Pacific distributor of the year award at the Kaspersky Lab regional partner conference.

The distie came out on top against rivals from south Asia, south-east Asia, Korea, China, Australia and New Zealand, and received the award at the conference held in Dubai.

"I could not be more proud of the team," said Hemisphere Technologies director Peter Phokos. "Their tireless efforts and can-do attitude has proven we really can accomplish anything we put our minds to."

Kaspersky ANZ managing director Andrew Mamonitis said: "We have a long standing relationship with [Hemisphere] and couldn't be happier that they’ve been recognised on an Asia-Pacific level."

Phokos said that the distie has expanded "significantly" in the past year and remains "100 percent committed" to its partners.

"Clearly our strategy is paying off as we’re seeing fantastic results," said Phokos. 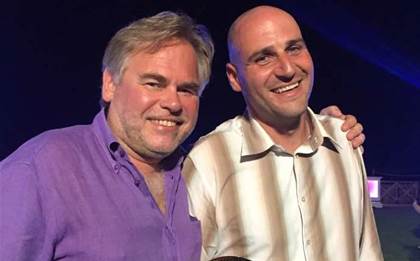 Eugene Kaspersky with Peter Phokos
Got a news tip for our journalists? Share it with us anonymously here.