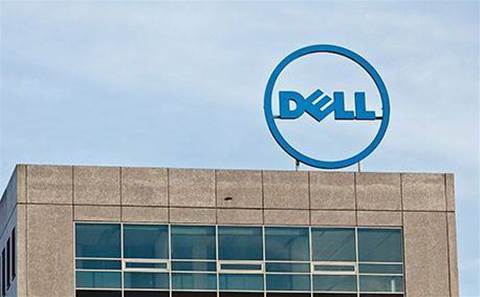 Getting a workstation at an affordable price point doesn't mean users need to cut back severely on CPU or graphics power.

That's the message from Dell with the launch of several new entry-level Precision 3000 workstations - which offer major horsepower with some of the latest chips from Intel, Nvidia and AMD, but have starting prices of between US$650 and US$900. Key applications for the new tower and rack workstations include virtual reality production and medical imaging, according to Dell.

The company also has reduced the footprint of the Precision 3000 workstations from previous generations, allowing for use in a wider variety of environments, and has refreshed its Precision 5820 Tower with new processors, as well. Following Dell's release of an ultra-powerful Precision rack in a 2U form factor last fall, the company is now launching a more compact, 1U rack workstation that also offers massive performance. The new Precision 3930 Rack features six-core Intel Xeon E processors from the new E-2100 family, or can be configured with eighth-gen Intel Core i3/i5/i7 chips.

Graphics options include a range of AMD and Nvidia cards, up to the Nvidia Quadro P6000. The rack also offers up to 64 GB of DDR4 memory and up to 24 TB of storage, and comes with three PCIe slots. Dell says the Precision 3930 Rack is ideal for uses in highly demanding computing environments including industrial automation and medical imaging.

The Dell Precision 3930 Rack will be available 26 July with a starting price of US$899. Dell says the Precision 3630 Tower PC is 23 percent smaller than the previous generation model - at 13.19 x 6.95 x 13.58 inches - but still packs in a hefty amount of power. Processor choices include the six-core Intel Core i7-8700K and Intel Xeon E chips, and the tower can be configured with up to 64 GB of DDR4 memory.

The tower also supports up to 225W worth of graphics, Dell says. Among the graphics options are the AMD Radeon Pro WX 7100 and the Nvidia Quadro P5000, as well as other cards from the AMD Radeon Pro series and Nvidia Quadro series. Storage can reach up to 16 TB. Ultimately, Dell says the Precision 3630 Tower brings capabilities for virtual reality production into the entry-level Precision 3000 Tower series for the first time.

The Dell Precision 3630 Tower is available now with a starting price of US$749. Aimed at customers with tight spaces, the Precision 3430 Small Form Factor Tower is just 3.65 inches wide but still offers strong CPU and graphics performance. Processor options include Intel Xeon E, eighth-gen Core i3/i5/i7 and Pentium, while graphics choices go up to the AMD Radeon Pro WX 4100 or Nvidia Quadro P1000. Like Dell's other new Precision releases, the Precision 3430 Small Form Factor Tower can pack in up to 64 GB of DDR4 memory. The tower also offers up to 6 TB of storage.

The Dell Precision 3430 Small Form Factor Tower is available now with a starting price of US$649. Dell is also rolling out a significant update to its Precision 5820 Tower. While the tower's form factor is remaining the same, the Precision 5820 workstation will get a major boost to performance with the addition of Intel Core X-series processors as an option. The X-series chips join existing processor choices in the Intel Xeon W series.

The Dell Precision 5820 Tower is available now with a starting price of US$1119.