Here's everything Microsoft announced for Azure at Inspire 2019 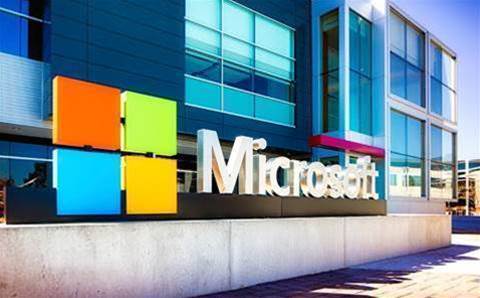 It’s no secret Microsoft wants its partners to sell more cloud. So it shouldn’t come as a surprise that Redmond has announced a raft of new Azure products and features for Azure ahead of its Inspire 2019 channel conference that will light up Las Vegas next week.

The first is Azure Lighthouse, a single control pane that allows partners to view and manage Azure at scale for all their customers. Microsoft reckons Lighthouse will result in better visibility and security for customers, and higher automation and efficiency for partners. It will also work across all Azure services and licensing models.

The MSP can then provide access to accounts within the customer's tenant with custom constraints using the standard Azure role-based access control mechanism.

Microsoft will reveal more details on Lighthouse in the future, but said it will be available to partners this month. The company also said Lighthouse was the first time Microsoft had built a solution at this scale for partners.

Microsoft also announced a new Azure Migration Program for customers, offering a step-by-step guide for end-users to migrate existing apps to the cloud. The program will see Microsoft work with customers speed up their migration using specialised tools while addressing common issues. The program also includes offers to reduce migration costs such as Azure Hybrid Benefit and free extended security updates for Windows Server and SQL Server 2008. The program will be available to all customers on 15 July.

Other than offering "step-by-step guidance from Microsoft experts and specialised migration partners," there was no word on whether partners would be involved with the new program.

Partners will however, be able to take advantage of Microsoft’s new Cloud Adoption Framework for Azure, which was used as the basis for the Azure Migration Program.

Microsoft said the framework will make it easier for partners to help customers adopt cloud services by offering consistent guidance to IT admins, cloud architects and decision-makers.

Customers can also use the new Azure Migrate tool, which features new capabilities such as ISV integration, an integrated migration journey for servers, apps and data, progress tracking, large-scale server assessments and agentless migration. The new tool is available now.

Had enough of Microsoft partner programs? Well here’s one more:

There’s also a new Azure Kinect dev kit and PC peripheral with AI sensors for computer vision and speech models. The device combines depth sensors and a spatial microphone array with a camera and orientation sensor into one device. The dev kit is only available in the US and China at the moment though.