Here’s where the US govt’s JEDI Cloud Program stands 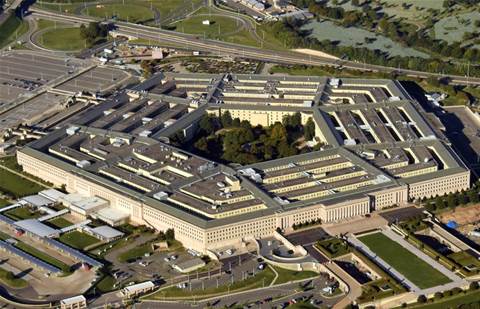 The JEDI cloud saga only gets more intricate, sweeping and contentious with each passing month. It now feels like the procurement process for the Joint Enterprise Defense Infrastructure cloud transformation initiative started a long time ago in a galaxy far, far away (in actuality at an Industry Day at the Sheraton Pentagon City hotel in March of 2018.)

After more than two years of controversy, the military’s long-awaited cloud transformation still seems just over the horizon. The battle between some of the world’s largest tech companies for the potentially US$10 billion award has stretched from Washington DC to Silicon Valley, enveloping military officials at the Pentagon as it expanded across two federal courts, multiple federal investigatory divisions, and the White House.

Here’s where we stand in the process of reaching a resolution that ultimately brings to American warfighters the benefits of a commercial cloud.

AWS scored an early legal victory when it convinced Judge Patricia E Campbell-Smith, who sits on the US Court of Federal Claims, to order a halt to Microsoft moving forward with task orders and beginning implementation of the potentially $10 billion cloud transformation initiative.

But in winning the restraining order, Amazon set in motion a chain events that have left the leading cloud provider’s lawsuit, which seeks a court-ordered deposition of President Trump, as well as Defense Secretary Mark Esper, in limbo.

After Judge Campbell-Smith granted Amazon Web Service’s request for an order halting implementation of the JEDI project, the military asked for more time to “reconsider certain aspects” of how it evaluated vendor bids.

The judge allowed the case to be remanded back to the Pentagon for a 120-day review period that began last month. But the scope of that review seems limited, and unlikely to satisfy Amazon.

Judge Campbell-Smith’s decision was only based on Factor 5, Price Scenario 6—a technical matter involving the capability to deliver online storage. After she found it likely AWS could win on the merits regarding at least that factor, the judge granted the restraining order without moving on to several other criteria also raised by Amazon.

The military has suggested those other factors, still not addressed by a federal judge, are outside the range of its current review.

In asking for the remand, the Defense Department said it wanted to “conduct clarifications with the offerors,” regarding the availability of their online marketplace offerings. It will also reconsider its decision in regard to “other “technical challenges” that probably won’t need any clarifications from the vendors. And vendors won’t be allowed to modify their proposals during the process, the government’s motion said.

AWS argues the Pentagon is not fairly reassessing JEDI bids, but instead narrowly amending the one deficiency in its source-selection process specifically called out by Judge Campbell-Smith.

“In plain terms, DoD’s proposed corrective action focuses on allowing Microsoft to fix its fatally deficient proposal, while paralyzing AWS’s proposed pricing in the face of planned changes to the RFP’s requirements,” reads the Amazon motion opposing the existing plan. “And it does not promise to address the other procurement flaws in any meaningful way.”

The U.S. Department of Defense Inspector General recently completed a review of the JEDI procurement that found no direct evidence that President Donald Trump’s expressions of animosity toward Amazon improperly influenced military leaders in awarding JEDI to Microsoft.

Ethical misconduct by two procurement officials also did not improperly steer the Joint Enterprise Defense Infrastructure award to transform military IT with a commercial cloud vendor in any direction, the IG concluded.

But the Pentagon’s watchdog noted that the cooperation of military officials was limited because of White House resistance.

The auditors, criminal and administrative investigators, defense acquisition professionals and attorneys on the team completed their review without White House participation as the Trump administration tried to impose conditions that were too impractical and likely would result in incomplete information, the IG report said.

“Therefore, we could not definitively determine the full extent or nature of interactions that administration officials had, or may have had, with senior DoD officials regarding the JEDI Cloud procurement,” the report said.

“This report doesn’t tell us much,” an AWS spokesperson said on the Pentagon Inspector General’s review of the procurement process.

AWS highlighted the IG’s conclusions that White House interference severely limited witness participation and the scope of the review.

“It’s clear that this report couldn’t assess political interference because several DoD witnesses were instructed by the White House not to answer the IG’s questions about communications between the White House and DoD officials,” the AWS spokesperson said.

That pushback from the highest office in government is “yet another blatant attempt to avoid a meaningful and transparent review of the JEDI contract award.”

AWS also noted that the IG didn’t address the merits of the JEDI award—which vendors actually best met the capabilities requested by the military.

Judge Campbell-Smith’s recent statements, and the military’s request to take some corrective action, indicate the evaluation on the merits was “highly questionable,” according to AWS.

Microsoft pointed to the Defense Department’s Inspector General’s report as another reason to move past the legal feud and contestations from failed bidders and start implementation of the military’s massive cloud transformation initiative on its Azure cloud.

The arguments going back and forth between AWS and the federal government have raised questions of “principle and fairness that should matter to us all,” Jon Palmer, Microsoft’s deputy general counsel, wrote in a Microsoft blog.

Palmer went on to argue that AWS lost the hard-fought contract on price—and was looking to get an undeserved second chance to correct its past mistakes.

“Namely, should a company—like Amazon—that bid high and lost, now get a do-over, especially now—as the IG’s report makes clear—Amazon received additional proprietary information about Microsoft’s bid that it should never have had. That’s what Amazon wants. The government rightly says no,” Palmer said.

“Amazon would have you believe that it lost the award because of bias at the highest levels of government. But Amazon, alone, is responsible for the pricing it offered,” Palmer said.

He noted that four months after Microsoft was named the JEDI winner, Judge Campbell-Smith stopped work on the project “based on an error the judge found in one part of the DoD’s procurement process.”

It’s hard to know what the requirements of JEDI are for hosting highly classified data as the relevant security sections of the RFP were only made accessible to bidders who signed non-disclosure agreements.

But the JEDI contract does demand the winning cloud vendor operate data centers deemed secure enough to host Top Secret data—an accreditation that, at least for the moment, AWS is the only public cloud to possess.

Microsoft has said it’s developing cloud regions with Top Secret capabilities for JEDI and other Defense and Intelligence Community workloads. Azure will meet those highest-classification requirements in time for JEDI implementation work, Microsoft said, without further elaborating on the timeline.

AWS made a point of that deficiency in the lawsuit filed in December, noting at the time it was the only cloud provider allowed to host Secret and Top Secret workloads, whereas Microsoft was still is in the process of earning both accreditations.

But, as AWS has repeatedly pointed out, those aren’t the same as Top Secret.

Oracle on the sidelines

Oracle has been on the sidelines of the JEDI procurement battle ever since its cloud was ruled out of contention. But the company’s legal challenges to the JEDI process, which largely focused on the impropriety of Amazon’s relationships with the Pentagon, became less relevant once Microsoft prevailed.

Still, the tech giant’s lawsuit, which failed before a District Court judge, persists on appeal.

As AWS contests the JEDI award to Microsoft on one front, it’s still engaged in fighting Oracle in case the procurement process is re-opened. AWS voluntarily joined the federal government as a defendant in the Oracle case.

Amazon has argued that Oracle’s objections to its hiring of former military personnel involved in JEDI planning at various points and levels “don’t matter” because Oracle failed two of JEDI’s gate criteria.

In addition to Oracle’s claims of conflicts of interest in the DoD that favored AWS, it has raised questions about the Pentagon’s adherence to federal procurement law by its decision to go with a single cloud vendor, as well as the enforceability of the gate criteria all applicants had to meet (and which disqualified both Oracle and IBM).

Eliminating departmental friction within MSPs
By Joseph Tsidulko
Apr 21 2020
6:37AM