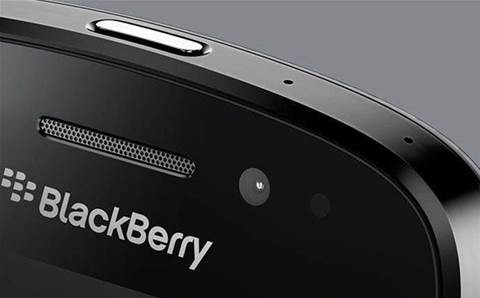 BlackBerry and Amazon.com are talking about adding extra security to Alexa smart speakers.

BlackBerry CEO John Chen today told the company’s security summit in New York City that his company is aware of enterprise software vendors who are using smart speakers as an interface to their wares. Chen said he expects that users will soon want to query core enterprise apps by voice.

He’s not wrong: analytics vendor Splunk this week announced new natural language tools that offer just such features, while Amazon, Google, Microsoft and Apple are all promoting their voice APIs to developers.

Chen’s betting that as enterprise adopt such technologies they’ll also want secure authentication and encryption to make sure that only employees – and only the right employees – can make voice queries.

The CEO couldn’t offer any specifics or timelines about the talks.

He did announce a new version 2.0 of the company’s QNX operating system for medical devices, plus a partnership with ONEBIO, a vendor of blockchain services for the health care industry aimed at making it easier for researchers and clinicians to share anonymised medical records.

BlackBerry has also formed a partnership with ISARA Corporation, from which it will source a code-signing technology said to be resistant to future decryption efforts conducted by quantum computers. The company’s execs could not say when they expected quantum computers to be available, but said internet of things devices are expected to have long working lives so the effort is worth making now.

Whether or not blockchains and quantum-resistant encryption are needed today, teaming with ISARA and ONEBIO demonstrates the strategy behind BlackBerry’s new Spark platform, namely providing ab API-driven platform to allow connection of multiple security tools. BlackBerry and its partners will use those APIs, plus core parts of the platform like its WorkSpaces collaboration tool and QNX, to create and deliver bespoke security solutions.

Simon Sharwood attended BlackBerry Security Summit as a guest of the company.