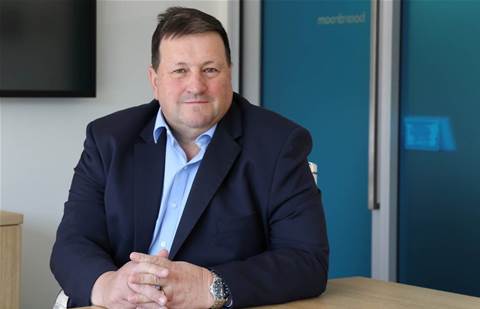 Lenz will depart after five years as CEO, but will remain with Hills Ltd on an interim capacity until a replacement has been named.

“It has been a privilege to lead Hills over the past five years as we have worked to transform the company,” Lenz said in a statement to shareholders.

“Notwithstanding the issues and challenges the business has experienced during the COVID-19 pandemic, it is well positioned to drive future growth with a sharpened focus and a strong balance sheet.”

Lenz first joined Hills in 2015 as head of sales following an eight-year stint at Ingram Micro. He was later promoted to chief operating officer in 2016 and moved up to CEO the same year.

Hills chair Jennifer Hill-Ling praised Lenz and said that, in his time with the iconic Australian brand he had, "overseen a significant reduction in Hills’ cost structure, the turnaround of our health business to a profitable growth engine for the company, and the streamlining of our distribution business, which included the successful divestment of underperforming businesses”.

“Until his departure, David will be working constructively with the board to maximise returns in the second half of FY21.”

In November last year, Hills revealed it had let go 39 of its staff following a restructuring of its IT distribution business earlier in the year.

At the time, Lenz said the restructure occured in June and prompted by the COVID-19 pandemic.

He said the restructure aimed to prepare Hills for “the post-COVID trading environment” and placed greater focus on state-based profitability and ownership.

The restructure cost the company $1.2 million, but it had projected annualised savings of $3.9 million following the job cuts.

Lenz also revealed how Hills’ distribution business was affected by COVID-19, reporting “a significant number” of project cancellations and delays.

Its SMB business servicing division also had a relatively stable underlying run rate after lockdowns were lifted but ultimately was not enough to cover the shortfall in margins.