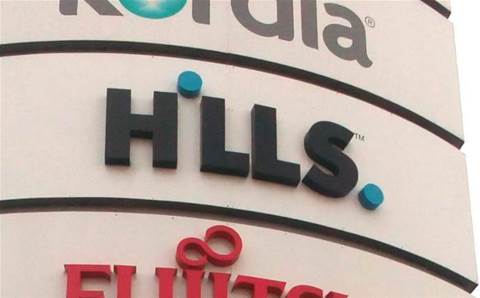 Hills Limited says it is now solely focused on being a value-added technology distributor as it continues on the path of its "back to growth" strategy.

It follows after a few years of well-documented losses for the distributor, who has set about turning its fortunes around by transitioning from a "product-centric" company to a "customer-centric" one.

Even though Hills has operated in technology distribution since 2012, the company had held on to its legacy Hills Home Living business through a licensing deal with retail giant Woolworths.

Last month, Hills made an agreement to hand off manufacturing of the legacy business to AMES Australasia, after Woolworths pulled out of the home living business when it closed down its Masters stores last year.

Hills revenue slipped by four percent to $157.3 million for the six-month period ending 31 December 2016, compared to the corresponding period in the last financial year.

Hills placed the revenue dip on a number of factors, one of them being associated with its contract with Ericsson. Hills is contracted by Ericsson to supply home installation services for the NBN's fixed wireless and long-term satellite products. Hills said it was working with Ericsson to fix “delivery related issues” that were raising costs.

Hills also said its revenue was impacted by its move to spin off its health business, a plan that was terminated in January. Hills was in the process of demerging the $31 million Hills Health Solutions business and merging in with health technology provider Lincor Solutions to form a new company that would list on the ASX.

The deal was nixed in January after the two companies couldn't come to an agreement on pre-IPO funding. Lincor continues to work with Hills on numerous healthcare projects.

Chief executive David Lenz said Hills will continue to invest in the health business, which has products and services located in 400 hospitals and 570 aged care facilities in Australia and New Zealand.

"I believe the health category is the right fit for the Hills Group and presents the company with the opportunity for greater leverage across the [Hills Building Technology] products and services portfolio," he said.

Despite sliding revenue, the biggest improvement from Hills was in turning a $200,000 profit during the half-year, compared to a $69 million loss in the same period last financial year.

Earnings also improved by $3 million to $8.4 million. Operating expenses were reduced by seven percent, leading to $4.8 million in savings.

Since becoming chief executive in August last year, Lenz has been open about his plans to grow Hills with new ventures in areas such as the DIY business called iProtect, fire safety technology and further "investment opportunities" in IoT and machine-to-machine learning.