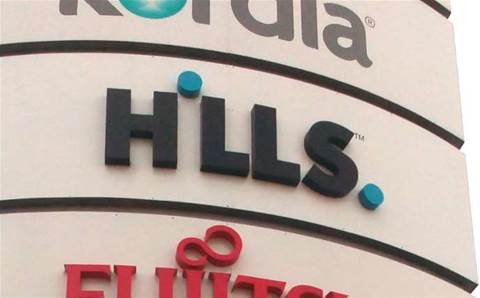 Hills Limited has started showing signs that its "back to basics" turnaround is paying off following several years of tough losses.

The public company embarked on its transformation process in an effort to convert from a low-margin, capital intensive steel manufacturer to a high-margin security, AV and health technology distributor.

Hills has been forthcoming with the impact of its restructure measures, including significant cuts to staff and the loss of key vendor Crestron, which moved to a direct sales model in August.

Hills reported two drastically different half-year results in 2016, despite reporting $164 million of revenue for each half. The first half ending 31 December 2015 resulted in a $69 million net loss, but the second half improved with a $700,000 profit, resulting in a $68.3 million loss for the year.

Hills Limited continued cutting staff numbers throughout the year, which sat at 670 as of May 2016, 200 less than the year prior.

The company secured a new $51 million financing facility in May, which chief financial officer Gareth Turner said was better suited in the long term for Hills as a value-added distie.

Hills stated to the ASX that its turnaround phase was mostly complete, and that it will soon enter its "back to growth" phase. While the company didn’t go into specific strategies, it said there would be significant growth opportunities around customer engagement, vendor relationships, training, capital management and margin improvement.

The Building Technology business remained the biggest segment of Hills, accounting for $294 million in revenue for 2016. Health technology made $31.3 million while the legacy Home segment, which was converted to the Heritage Brand Licensing business, made $2 million.

Hills shares climbed by 10 cents after the results were announced this morning, reaching 33 cents at 12:42pm. Shares were trading at 46 cents at the same time last year.