Hit by the Google outage? Consider your options 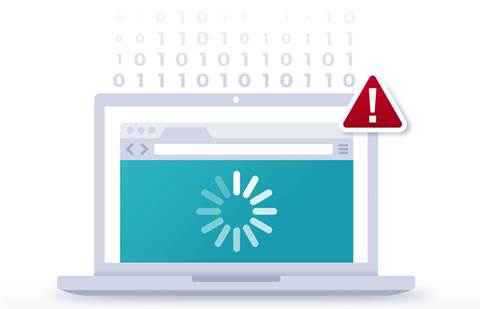 COMMENT  |  Earlier this week a host of Google services including Gmail, Google Docs and YouTube were for a short but not unremarkable period of time inaccessible to many users globally.

For a set of services that so many users take for granted to all of a sudden be unavailable surely came as quite a shock to many. At best a Google outage is a mild annoyance, but at the more severe end of the scale it can completely halt productivity for those reliant on it.

Given the volume of valuable information stored on Google user accounts, be they professional documents and data created in Google Docs and Google Sheets, work-related emails, schedules, file shares and personal storage on Google Drive, the thought of suddenly losing control of that data is enough to make one nauseous.

While it is less likely that Google will actually wipe your data, if you freaked out when Google went offline for 45 minutes and you couldn’t access your files, you should probably be considering some sort of backup.

Sydney-based Google Workspace integrator IT Genius chief executive Peter Moriarty said the productivity suite came with a couple of built-in features that might help users hold onto or retrieve their files in the short term, but that there was no fully-fledged backup solution included as standard.

“I would say SaaS users, in general, are grossly unaware of the limitations of the default backup features available to them,” he told CRN. “Most customers or end-users think that just because something is cloud-based it is backed up.

“Sure it's got high availability, but that doesn’t necessarily mean it’s got backup. In my definition of a backup, you have archiveability and you can restore to a point in time and potentially have multiple snapshots at different points in time.”

Moriarty said Google’s Takeout feature was a pretty good one-stop manual export option for users who wanted to download a copy of all their stuff to keep offline. However, being a largely manual process, it’s reliant on the user to action and keep the data organised. And since it chucks everything in a zip file before downloading, it isn’t a restore solution.

“Even something like Google Vault, which lets you copy and retain different versions of files. I still wouldn’t categorise that as a backup, that’s an e-discovery tool, which is different.”

IT Genius provides its own backup solution for its Google Workspace customers, but Moriarty said the driving force of that offer wasn’t over a concern that Google would lose user data.

“I don’t really lose sleep over the risk of Google losing my data in terms of them having an issue in their data centre and losing it, considering it’s being stored in three geographically separate locations at one time,” he said.

“We have more than 20,000 end-users across more than 1500 business that we support, and the most common causes of data loss comes down to user error. Either it is somebody cleaning out their Google Drive and deleting something (and then 30 days later it's gone for good) or another issue that can occur is something like crypto locker virus attack.

“Because Google does not have a built-in point-in-time restore, you cannot restore from an attack. Therefore, using a third-party backup solution will allow you to restore to a point in time if there's a crypto locker attack, as well as have archival copies of data in the event a user deletes things that aren't protected by Google Vault.”

Moriarty also wanted to point out that Google Vault has just recently been removed from the standard version of Google Workspace, and is now only available on the premium version of the productivity suite.

Eliminating departmental friction within MSPs
By Staff Writers
Dec 18 2020
8:30AM