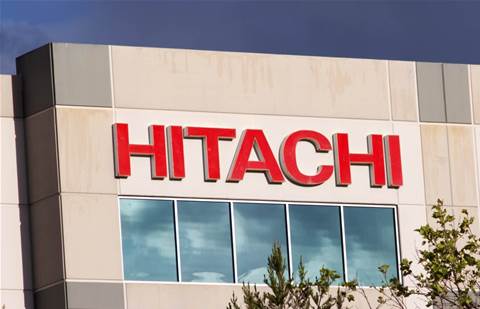 Global analytics, IoT and storage technology developer Hitachi Vantara has started a series of layoffs that is expected to hit up to a quarter of the company's workforce.

The layoffs, first reported by news site Blocks & Files, could impact up to 1,500 Hitachi Vantara employees across the board, but with the biggest cuts coming from the Hitachi Consulting side, a source close to the company told CRN USA.

A local Hitachi Vantara spokesperson declined to reveal if any Australian staff were also impacted by the layoffs.

Hitachi Vantara employees have taken to TheLayoff.com, a site where people can post about company layoffs anonymously, to discuss the layoffs.

A Hitachi Vantara spokesperson confirmed via email to CRN USA that there are layoffs happening, but did not confirm numbers or where specifically the layoffs were occurring.

The spokesperson did, however, deny reports that up to 25 percent of the company’s employees are being laid off, saying the number is substantially lower. The spokesperson also denied that the majority of the layoffs are concentrated in the Hitachi Consulting business.

The spokesperson wrote that, thanks to the recent integration with Hitachi Consulting and the January acquisition of intelligent data management technology developer Waterline Data, Hitachi Vantara is transforming into a new kind of digital infrastructure and solutions company.

"We are now simultaneously operating in the fast growth data management and analytics market and in the mature global data storage market. The global storage market is currently delivering only modest growth – a trend many of our competitors have also noted.

"We remain committed to the success of both our infrastructure and digital solutions businesses, however, like many of our industry peers, we have had to make some tough decisions to simplify and streamline our operations, improve our financial performance and position ourselves for long-term success – this includes headcount reductions to optimise our organisation," the spokesperson said in the email.

The spokesperson further wrote that Hitachi Vantara is taking steps to provide assistance and support to affected employees. And, the spokesperson wrote, the company is continuing to focus on its storage business even as the industry continues to mature.

"We remain optimistic that we can take share from our storage competitors with the recent introduction of the Hitachi VSP 5000 – the world’s fastest and most reliable data storage array. Initial customer response to the VSP 5000 has already surpassed expectations and we have other exciting innovations in the pipeline for 2020," the spokesperson wrote.