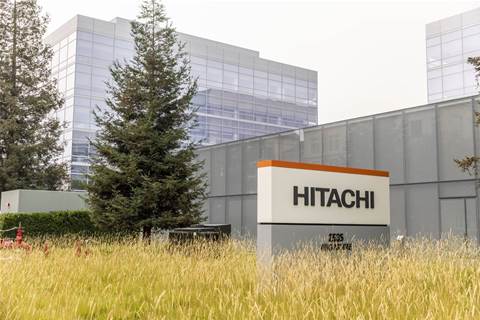 Hitachi Vantara is making its first serious play for the midrange storage business with the introduction Tuesday of its high-performance, all-flash NVMe storage arrays.

And because all three are based on the Hitachi Storage Virtualization Operating System RF, data can be managed and replicated centrally among them.

The VSP E590 and VSP E790 feature latency of less than 66 microseconds, making them nearly as fast as the VSP E990, which has latency of under 64 microseconds.

The new E590 and E790 are expected to be sold almost completely via indirect sales channels, although some long-established customers may still purchase them direct from the vendor, King said.

“However, 100 percent of the services are being done via partners,” she said. “We do not offer services unless a partner pulls us in.”

Another Hitachi Vantara solution provider, who requested anonymity because of work with other competing vendors, told CRN that it is exciting to see the vendor, which is known for its enterprise capabilities, move into the midrange where it will compete against more established vendors including Pure Storage and Dell Technologies.

“Clients are looking to do as much with their storage as possible,” the solution provider told CRN. “Hitachi Vantara is adding the right software capabilities like dedupe, which are important to midrange clients. And we have several midrange clients who were not able to afford Hitachi before.”

Hitachi Vantara hopes partners find the new E590 and E790 arrays profitable, and have made both eligible for the company’s Partner Velocity Pricing program under which all discounts are included up front so that a partner can register a deal and get approval in less than an hour, or up to three hours at the most for special requests, King said.

Since the Partner Velocity Pricing program was put in place in April, about 45 percent of all deals brought to Hitachi Vantara by partners were closed, compared with 30 percent to 35 percent in the preceding calendar quarter, King said.

“In the past, we were hard to do business with,” she said. “We’ve worked really hard to be a better partner to our partner community.”

Hitachi Vantara’s Virtual Storage as a Service, meanwhile, is scheduled to go live in January.

Virtual Storage as a Service, which will be based on the company’s VSP E590, E790 and E990, lets businesses and channel partners build a private storage cloud with a cloud-based self-service console, King said.

The service provides 99.99 percent uptime, a pay-as-you-grow cloud consumption model with predictable performance and billing on-premises or hosted, and a self-service management console, she said.

“Most important, it will be 100 percent partner-led at release,” she said. “We’ll have 25 partners signed out of the gate, with another 150 partners expected to take it on.”

Hosting Storage as a Service is not hard, but providing billing as part of a consumption model is, and Hitachi Vantara seems to be on the way to making this work for partners, the solution provider who requested anonymity said.

Intuit Technologies head of revenue Phil Dickman said, “The implementation of NVMe with adaptive data reduction in Hitachi’s new VSP E590 and E790 offerings combined with support for SAS extension of lower cost flash media means a high-performance system with added efficiency and tiering of data for our customers.”