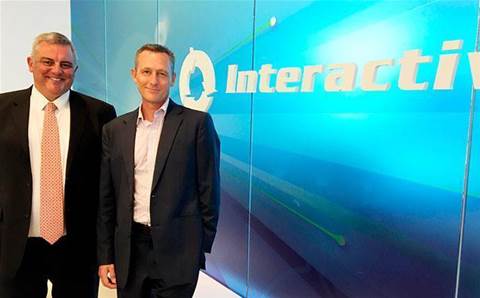 Revenue grew from $182 million to $208 million while net profit shot from $2.7 million to $13.8 million in the 12 months ending 30 June 2019. The company also added 260 customers to its portfolio throughout the year, bringing the total number to approximately 2600.

Interactive claims to be Australia’s largest homegrown MSP, and with revenue numbers like that, it’s a hard point to argue. So how does a company of Interactive’s size still manage to produce double-digit growth? Interactive gave CRN a look behind the numbers to find out.

Despite investing in its own private cloud capabilities, Interactive’s biggest money maker is still its hardware maintenance, which accounted for 53 percent of revenue in FY19, followed by cloud and data centre/business continuity.

Interactive’s director of marketing & alliances Darren Reid told CRN that the company’s prevailing strategy has been around customers initially engaging Interactive to manage their hardware, but sticking around for cloud services.

Interactive also claims to operate Australia’s largest private cloud, which encompasses close to 8000 virtual machines across three data centres, and services from the likes of Microsoft, Linux and IBM. The company also has a public cloud play, and says that a handful of customers have gone all-in with Interactive to run multi-cloud environments.

Reid said cloud managed services in particular are booming as a strong contingent of customers are pulling their apps out of public clouds that weren’t properly suited in favor of going private.

A new area for Interactive in FY19 was launching its healthcare vertical, the first time the company had launched an industry-specific business. The health business primarily consists of private cloud services and hardware maintenance, but it’s EraseIT that’s been the difference maker.

EraseIT’s services were traditionally sold separately to Interactive’s, but Reid said that more and more customers were using EraseIT to handle their data once their devices reached end-of-life any way.

For those reasons, bringing EraseIT to the forefront of Interactive’s new health business makes for a natural fit. Reid said it’s the same reason customers are turning to secure private clouds too.

Even with the performance of Interactive’s traditional hardware maintenance and cloud businesses, it was the data centre/business continuity business that saw the most growth, according to Reid. Interactive hit capacity in in Sydney data centre in FY19, and plans to expand its capacity further.