Failed hoster RackCentral slugs Vocus for up to $1.5m 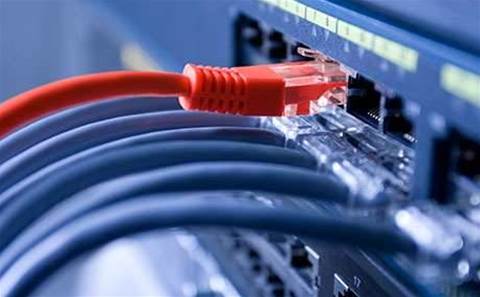 RackCentral's director Shane McGuane rolled his company into liquidation on 30 September. The company was founded in 2011 and lists points of presence in NextDC data centres in Sydney, Melbourne and Brisbane.

The two largest creditors, Vocus and Melbourne-based managed services provider The Summit Group, had both issued statutory demands against the company when it filed for liquidation.

"Creditors were threatening legal action and bringing their own winding up actions against the company and the director decided to do it himself," Michael Quin, associate director of insolvency practitioner Bent & Cougle, told CRN.

There is some disagreement over the size of debts: while the director told liquidators that the company owed $201,641 to Vocus and $26,435 to The Summit Group, both suppliers are disputing these amounts.

Minutes from the first creditors meeting show that Vocus is trying to claw back $1.48 million. It is understood this sum represents the full value of RackCentral's contract with Vocus, cut short due to the liquidation.

"The contract was not due to expire until 2016 and they [Vocus] have included in their claim all the outstanding rentals for the remainder of the term," said Quin.

The Summit Group has also claimed a disparity between its true debts and the $26,435 listed on the Report as to Affairs (RATA) lodged by the director. "It is closer to $50,000 and we await the outcome of the liquidator's investigation," said Greg Lipschitz, managing director of The Summit Group.

Another notable creditor is Pipe Networks, which is owed $26,850, according to the RATA.

The story has taken another twist, though, with the appearance of RackHosting, a "director-related company" that acquired the assets of RackCentral for $18,700 on 26 September, just days before it was wound up.

As liquidator, Quin's role is to seek any return to creditors by investigating potentially voidable transactions and insolvent trading. He said any question marks over the fact RackCentral and RackHosting shared the same director would be a matter for the regulator.

"The sale price was based on valuation that the director had obtained from third parties. On the face value, it looks like fair value was paid for those assets. The sale price matched what the valuation said they were worth.

"Phoenix-type activity is something that ASIC looks at and we need to report to ASIC as we do on any liquidation [but] our investigation is simply whether fair value was paid for the assets and if it wasn't, we could overturn the sale," added Quin.

Even if the liquidator did find evidence to void the transaction, it is unlikely there would be any better return to creditors, said Quin.

The director of RackCentral and RackHosting, Shane McGuane, would not comment when contacted by CRN, instead referring us to the liquidator.

However, minutes from the creditors meeting shed light on his side of the argument. At the meeting, McGuane said the company's failure "was due to him putting trust in the people he was dealing with".

"Mr McGuane advised that the Vocus account manager had changed three times, and that Vocus had put effort into finding problems with his contracts, rather than trying to resolve the outstanding issues."

It is thought the relationship between Vocus and RackCentral turned sour over a disagreement about pricing, with RackCentral claiming that a special arrangement had been agreed, and Vocus trying to enforce its contracted rate and attempting to recover back-payments for the difference in fees.

Customers and creditors have taken to online forums www.webhostingtalk.com.au and Whirlpool to seek answers and vent about lost money, while McGuane himself has also been actively responding on these forums.