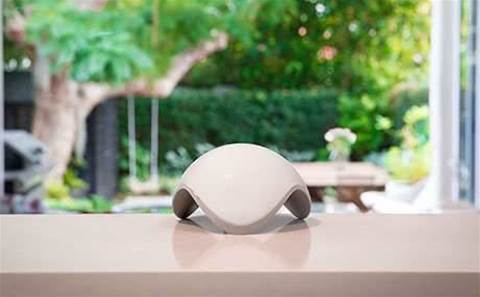 Australian startup Ninja Blocks announced this week it has run out of money, however, one backer still sees a future for the connected home market despite the hiccup.

The company’s team, whose Ninja Sphere device was designed with monitoring temperature, lighting, energy along with other uses in mind, announced this week in a blog post that they had decided to “down tools”. The company hopes to ship devices to backers and keep the cloud service running, but development has stopped.

While it attracted US$700,000 from investors and more than $700,000 via crowdfunding site Kickstarter, the next round of investment had fallen through and the team’s “burn rate” couldn’t be sustained forever. “We're all reeling here from a big few years and a very difficult few months,” the post stated.

Blackbird Ventures invested in Ninja Blocks, and managing director Niki Scevak still sees a way in to the home for companies eyeing the space.

“It’s obviously unfortunate that the story didn’t work out, but that’s to be expected in any early stage startup investing. The reality is most don’t work out. Dan and the team did a wonderful job,” he told CRN.

While the Ninja Sphere acts a hub, connecting multiple devices, it’s an idea and a market that perhaps still needs some “ripening”, according to Scevak.

The way forward might be to focus on selling devices that have a single function at first. “The central problem for the company was around the hub device,” he said.

“You have to have a very clear, almost single utility usefulness,” he argued, pointing to products like the Lifx connected light bulb (in which Blackbird Ventures is also an investor) and the Dropcam home security camera.

“After you get that single utility, companies are using that position to become the hub.”

“It’s not to say Ninja Sphere and Ninja Blocks are a bad idea. It is really useful when folks have 15 to 20 devices in their home and they want them to play nicely. We’re not quite there yet.”

Race to the home

Meanwhile, others continue to pursue the connected home market.

The darling of the scene is US-based smart thermostat maker Nest Labs, which was acquired by Google for US$3.2 billion in January 2014.

Last year, IP security camera vendor Swann revealed it was building on its install base with a monthly subscription package designed to provide not just security monitoring, but home automation features for lighting, heating and other functions. The technology is currently listed as “coming soon” to Officeworks, Harvey Norman, Myer, JB Hi-Fi and Dick Smith.

Aussie startup Lifx has also gone onto success, with its wi-fi connected light bulbs now selling in Harvey Norman and US retail chain Best Buy, as well as securing $12 million in funding last year from Silicon Valley. The company now has plans to enter China.

Telstra has also previously raised the possibility of expanding its security monitoring business into this area one day, while the likes of Netgear, Belkin and others are also playing in the connected home space.

“It’s obviously very early in the market. Mobile was talked about for a decade before it became real with the iPhone. I feel the market needs some ripening,” said Scevak.

Grow your software revenue by selling these 5 affordable, essential tools for the modern workplace
By William Maher
May 11 2015
7:16PM