How a video camera can get you into real estate services 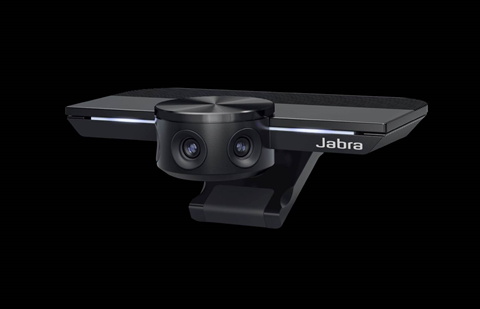 What has three lenses, two microphones, open APIs, a bunch of AI smarts and could help you consult on commercial real estate?

That’s not a joke question: the answer is the PanaCast 3 camera from Jabra, which it launched in Australia yesterday.

The PanaCast (pictured above left) is about the size of a deck of cards, has a clip you can use to mount on almost anything and also comes with a stand on which it can perch. The $1350 device combines the input of three 13-megapixel cameras into a 180-degree panorama that, as demonstrated to CRN, lets a casual videoconference capture plenty of people around a table rather than forcing the “bus-aisle view” that comes when a group crowd around the single camera embedded in a laptop computer.

By offering a smaller, portable device, Jabra thinks it can offer the big-room videoconference experience at a price that quickly delivers ROI.

As anyone who has endured a sub-par videoconference can attest, better video makes them more usable and therefore more likely to take place and meet their mission of enabling rich communications without earning anyone a single frequent flyer point.

But Jabra thinks the PanaCast’s powers extend beyond that by offering AI and open APIs that open up new possibilities. One of which is integration with Mezzo, video analytics software from distie AVT that can detect when a room is empty or count the number of people in a room.

As explained to CRN by Jabra ANZ MD David Piggott and AVT's acting CEO Paul Fouracre, if Mezzo and the Panacast detect there’s nobody in a room at a time it’s been booked for a meeting, it could link to a room booking app  - or even just Exchange – and cancel a meeting so somebody else can use the room.

Such data could even, over time, offer insights into how many people actually use a meeting room and therefore let a business plan how to configure its offices into right-sized spaces.

And that’ the link to commercial real estate consultancy. Piggott and Fouracre suggested channel companies will find buyers most interested in a product that both lets them stage lovely videoconferences and negotiate a more cost-effective lease.

Which leads to another question: what do you call a reseller with a sideline in real estate? Let us know: CRN has no answer!

Grab the MSP security opportunity
By Simon Sharwood
Sep 13 2019
6:50AM