How an NRL player was sacked after email autofill fail 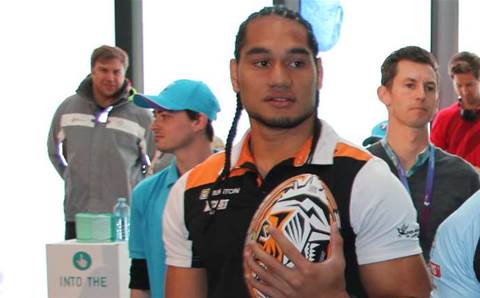 Most of us know the risk of hurriedly sending an email to the wrong person due to the autofill function in the email client. But what if the errant message became a major news story?

Canadian theatre reviewer J Kelly Nestruck accidentally received an email meant for Joe Kelly - the chief executive of NRL team Manly Sea Eagles - and had the hottest scoop in the rugby league world today, which he promptly broke on Twitter.

Anyone cover the New Zealand rugby league and want the contract of a player called Martin Taupau that was just emailed to me by accident?

"Anyone cover the New Zealand [sic] rugby league and want the contract of a player called Martin Taupau that was just emailed to me by accident?" tweeted Netstruck this morning Australian time.

Wests Tigers forward Martin Taupau had been in delicate talks with his current team about extending his stay beyond next year. But after the debacle this morning, Wests Tigers announced the immediate release of the Kiwi player from the final year of his contract.

[Related: Meet the IT service providers behind the NRL]

"The negotiations regarding releasing Taupau have been going on over the last week and our organisation has been doing everything possible to be respectful to Taupau, our Members and fans as this is a sensitive issue for all," said Wests Tigers chief executive Justin Pascoe.

"To see all of that work being undone and for the story to come out in this way is disappointing and almost comical."

Nestruck has declined to comment further on the matter, according to Fairfax Media, after Manly Sea Eagles lawyers contacted him.

Hey there Antipodean rugby enthusiasts... Thanks for all the interest, but I'm done playing at Kiwileaks now - and am off to review a play.