How Ascention made its name with TIBCO 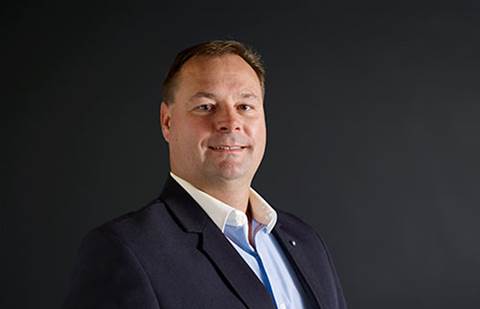 Sydney-based clean data specialists Ascention Services has won its second TIBCO partner award in a row, this time taking home the top APJ honours as Partner of the Year.

Ascention has been a TIBCO partner for three years, since the data platform giant acquired Orchestra Networks in late-2018, and it was named the 2020 Global New Partner of the Year.

“We fell into being partners and it was a really good fit because I was looking for additional supplemental capabilities around the master data platform, things like virtualization, streaming, messaging, connectivity – that kind of thing. It was a natural fit,” Ascention chief executive W. Daniel, III told CRN.

Since then, Ascention has used TIBCO to go from strength to strength in its mission to become the go-to provider of ‘clean data’ solutions.

Clean data, Cox explained, is a catch-all term for data that is delivered “to the right person, at the right time, for the right purpose,” reducing the amount of noise that a person has to filter through to find what they are looking for.

Cox said that the TIBCO awards show that the company is on the right track.

“It really is actually quite an accolade because TIBCO has had some of these partners, especially in Southeast Asia and Australia, for 10 - 12 years and some of them are the global SIs,” he said.

“To be kind of a newcomer, and get thrown in the mix and be recognised as a strategic partner for the entire APJ region is really significant and we're really appreciative of that.“

A major driver of Ascention’s success in the data management market is the combination of deep expertise and clear messaging that allows the company to communicate effectively with both IT departments and the C-suite.

He described when he realised that Ascention’s true market differentiator was driven by what Gartner calls ‘customer intimacy’.

“When I started looking at that and saying, ‘that's where we want to head to’, and reviewing some of our messaging, it just was a natural fit because that's what we were trying to do,” he said.

“With that, as well as then understanding where we want to take the business and what we want to be known for, we switched gears from being the MDM experts to really saying, ‘We're the market leaders in clean data’.”

This has been especially useful when it comes to one of the biggest growth industries for data platforms: banking.

“It's been very difficult for banks to look at digital transformation and what that actually means. [They can’t] just bolt an application on their legacy systems or their mainframes to be able to accomplish their digital requirements for servicing their clients,” Cox said.

“As we know, over the last few years, AUSTRAC (the Australian Transaction Reports and Analysis Centre) has really been hitting the financial institutions on their disparate, low quality of information. If you look at why Westpac actually got their ($1.3 billion) fine, it wasn't about giving data, it was about giving too much low-quality information. And so they went back to Westpac and said, ‘Look, you can't give us this, it's not good data, you have to clean it and give us more specific data that we need’.”

Ascention has also seen success in the public space with its Citizen360 solution, an analytics tool that assists governments and citizens with the ownership and management of citizen data.

In addition to the ANZ market, where the company’s presence is strongest, governments in Saudi Arabia and Italy have also expressed interest in the offering, Cox said, which is driving them to look at the ”globalisation of Citizen360.”

He said that several members of the TIBCO team had supported Ascention as the company has grown its TIBCO business over the last few years, including global channel chief Tony Beller and CEO Dan Streetman.

Cox teased some more changes to come for the company, with new solutions and partnerships to be announced in the coming months.

Grow your software revenue by selling these 5 affordable, essential tools for the modern workplace
By Ben Moore
Nov 11 2021
11:53AM