How Aussie datacentres are coping with increased demand 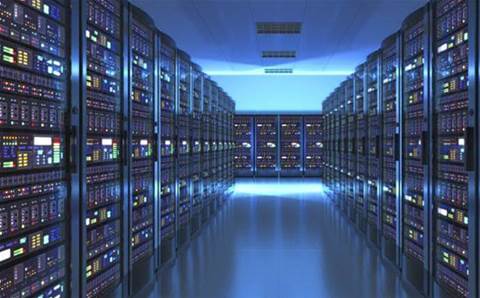 The Coronavirus pandemic and the mandatory lockdowns that came with it has spurred a significant increase in demand for cloud services to be used for work, school, entertainment and for communicating with others.

This unprecedented demand has also placed a strain on datacentres, with some drawing comparisons of colocation space to toilet paper being hoarded.

Serial entrepreneur and IT channel figure Bevan Slattery did exactly that, and is fearing that some companies may gobble up more datacentre capacity than what they really need at the short term.

“If you think people hoarding toilet paper was bad, can you imagine what is going to happen to datacentre capacity?!” Slattery said in a LinkedIn post.

“Toilet paper is easy to produce, doesn't generate income and people didn't necessarily use more, but the just yet the fear of going without caused people to buy more than their short term requirements.”

Slattery said that “the absolute rush” of people moving to the cloud resulted in cloud providers seeing their capacities spike 50 to 100 percent, and are expecting 100 to 200 percent requirements in the near term.

“Already major clouds are scrambling to grab every available [megawatt] of [datacentre] capacity available and locking up future builds. All of a sudden demand is massively outstripping supply and with that comes pricing pressure on the upside,” he added.

“If you want to serve this rush, you need gigawatts of capacity, stat. Once the existing capacity is absorbed, it will take 12-18 months for new capacity to be brought online. It's a rush and soon DC operators will need to start rationing MW just like toilet paper.

CRN asked a couple of Australian datacentre providers to find out how they are keeping up with the huge spike in demand.

NextDC, one of the many multi-million dollar tech ventures Slattery founded, doesn’t seem to be too worried about running out of capacity.

A NextDC spokesperson said, “This elevated demand from increasingly distributed environments absolutely calls for more cloud, connectivity and reliance on digital communication and collaboration tools. Zoom, Microsoft and Google were just some of the major vendors to open up their collaboration platforms early on. We have already seen the extraordinary spike in the number of users reported by Zoom and Microsoft Teams which is quite remarkable in itself.”

“Our business is strong, and our rigorous capacity planning and forecasting means we have no shortage of capacity to support the capacity or connectivity requirements our customers and partners may need.”

The spokesperson added that NextDC’s services remain unchanged, apart from expanding existing services to offer non-standard support for customers onsite at its facilities to support health and safety practises of customers and partners.

The company also hasn’t stopped any ongoing constructions of new datacentres, with the customers’ long-term needs in mind.

“During this pandemic and beyond. Our new datacentre constructions continue to go ahead whilst it is deemed safe to do so,” the spokesperson said.

“Furthermore, incremental capacity in our existing datacentres continues to be increased in order to support our forecast and secured pipeline. Noting that these build and expansion works continue to be carried out in strict accordance with the guidance received from the Australian Government.”

Macquarie Data Centres, a sister company of Macquarie Telecom, also confirmed a significant spike in demand but is also confident it won’t run out of capacity.

“We’re seeing an increase in demand from wholesale and hyperscale customers as well as SaaS providers and government,” he said. “The step change in demand for cloud will have a lasting impact in this new remote working world – and cloud lives in datacentres. We’ll see that further accelerate the development of the technical real estate Australia needs for years to come.”

Macquarie Data Centres vice president of sales James Veness also added that bandwidth was also increased “significantly” to meet the new demand and we’re prepared from a cloud services, network and datacentre perspective to manage the increased capacity and service our customers.

“Increased user capacity, disaster recovery and bandwidth have unsurprisingly been the largest contributors to this demand. Customers are not just concerned about the here and now, but are considering what will be needed in 12-to-18 months from now too,” Veness said.

A spokesperson told CRN, “Since the beginning of January, Equinix has witnessed a more than 40 per cent surge in internet exchange traffic in Sydney.”

“Collaboration tools like Zoom, messaging apps like Microsoft Teams and Slack, and cloud-based emails were already being deployed in organisations at some level, but the current environment has created a surge in the uses of those tools along with document sharing and collaboration resources such as Box and One Drive.

“Another critical application from an enterprise perspective in the remote working environment is VPN gateways--as secure corporate network access has become more important.”

“While it may seem like this new normal has revealed weak points in the complex network, the internet is designed to be a very resilient network that is able to support peaks,“ the spokesperson said.