How Brennan IT built 3-petabyte backup on Huawei and Commvault 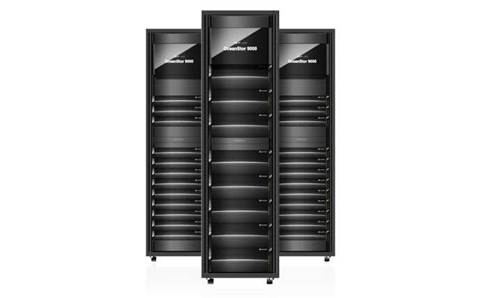 Brennan IT has grown its data under management by 50 percent since leveraging Commvault and Huawei Oceanstor to underpin its backup-as-a-service solution.

The Sydney-headquartered managed services provider is managing 3 petabytes of data across more than 2,200 protected servers.

According to Lyncoln de Mello, Brennan IT practice director communications and cloud, the provider was already using Commvault and decided to change the hardware to Huawei after the results of a pressure test.

"Huawei did some real pressure test in their labs in China. They emulated how both Huawei hardware and Commvault software would work for us."

Previously, Brennan IT had an ArcServe solution on top of Coraid.

De Mello said that since the implementation, the backup platform required less effort and manual intervention. "We did not registered any data losses or data corruption in the last 18 months. We have been able to provide better service at a lower cost."

Brennan IT was also able to reduce the cost per gigabyte by 15 percent, which allowed the managed services provider to become more competitive.

Brennan IT is one of Huawei's foundation partner in the enterprise service group space in Australia. According to de Mello the partnership started in August 2014.

In June 2015, Brennan IT was awarded Huawei’s Partner of Excellence for the Southern Region during the vendor's first Southern Pacific conference in Singapore.

The company processes more than 1,000 jobs per night with a 99 percent success rate. Brennan IT has registered a 50 percent growth in the volume of data being generated as part of its hosted, cloud and on-premises services over the past 18 months.

"They really acted as our trusted advisor, helping to both deal with low-level technical issues, and provide strategic direction in our overall development roadmap."

Brennan IT has more than 300 employees across its four Australian offices. The company registered 20.7 percent growth with $92 million in revenue for the 2015 financial year. The provider was named the inaugural CRN Fast50 Icon in 2014, as voted by the Australian fastest-growing resellers.