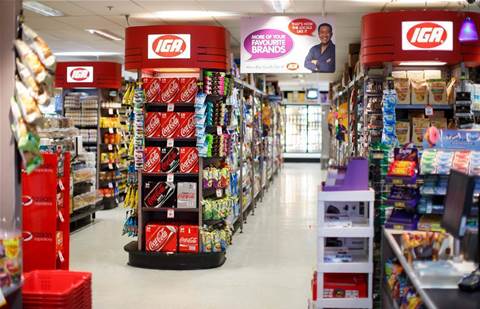 irexchange burst onto the scene in 2016 announcing plans to disrupt Australia's supermarket wholesalers with a platform that links suppliers directly to independent retailers.

The Melbourne-based startup secured $25 million in external funding in late 2017,  its second round of significant capital raising. It also marked the 300th retail customer signed up to irexchange, which includes IGA and Foodworks supermarkets.

While business seems to be booming for irexchange, the company initially enlisted help from a handful of Melbourne's AWS young guns to help get its platform off the ground.

irexchange had itself a platform for linking suppliers directly with independent retails, which is the backbone of the business. However, the Java application needed to be deployed to scale as the company grew, and irexchange didn't know where to put it.

With the company ready to exit stealth mode in 2016, speed to market was critical for irexchange, and the cost of hiring a dedicated technology team to deploy the application would have been too prohibitive at the time.

Melbourne AWS partner and CRN Fast50 No.2 Cevo stepped up to help bootstrap irexchange's product development and to help build out its own internal technology capability.

"We've grown as their business has grown, and that's allowed us to have a very deep partnership with them where they've been extremely intimately involved in our growth and development, but we've been embedded in theirs too," Cevo general manager Hannah Browne told CRN.

Cevo began working from scratch to transpose the monolithic Java application and database to the cloud. To help with the heavy lifting, two more Melbourne AWS partners were enlisted: DiUS and Elabor8.

Elabor8 worked in the business analyst and iteration manager role, as well as working on user experience, while DiUS did a lot of the heavy lifting in terms of coding and setting up infrastructure. "irexchange are mature, and all three of those organisations, Cevo, DiUS and Elabor8 are very mature, agile organisations and we have a deep respect for them and we all play nicely together and enjoy working together," Browne said.

Ultimately, irexchange went down the AWS path with a platform built on AWS ECS, Dynamo DB for key value store and Aurora for database management.

One of the most important aspects, according to Cevo, was to build a platform that allowed for changes to code to be seamless, given irexchange's business model was based on the platform. Thanks to DiUS' coding of business logic, the dev teams were able to deploy code to the platform within 30 minutes or less.

"Cevo have contributed significantly in setting us up to be able learn, adapt and pivot quickly," irexchange's head of development Nish Nahanty said.

"They were instrumental in arming the team with the right skills, tools and practices to allow us to confidently and easily release production changes early and often. Their strong AWS expertise meant that we were able to quickly launch a secure, scalable platform that allowed us to quickly prove our business model."

The engagement is ongoing to today, with two Cevo staff continuing to work onsite with irexchange on the platform as the startup eyes up new verticals to market its platform to.

"A number of our colleagues have worked with them over a long period across everything from user experience to helping them pitch to customers, drive revenue streams, validate their business model, build their team and identify their workflow process," said Browne.

"Their multi-skilled consultants were able to provide expertise in agile coaching, business analysis, iteration management and testing. Their capabilities enabled us to adopt a lean agile approach which was key to us rapidly delivering business functionality to our customers."