How Channel Partners Can Support Coronavirus Research With Folding@Home 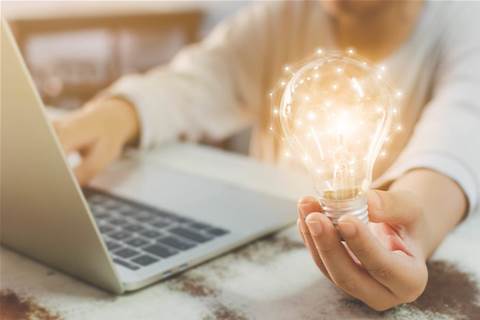 Juan Orlandini says anyone with a computer or server should consider lending idle compute resources to research efforts against the novel coronavirus — a relatively simple task that his company, Insight Enterprises, has been doing for a little over a week.

The effort is made possible by Folding@Home, a distributed computing application first developed at Stanford University 19 years ago that is now being used to direct underutilized CPU and GPU resources to help develop potentially life-saving therapies for COVID-19 from across the world.

After Folding@Home announced in late February that it was focusing its computational efforts on potential COVID-19 therapies, the number of computers contributing has surged, reaching a peak performance Thursday of 1.5 exaflops, or 1.5 quintillion floating-point operations per second. That makes it 10 times faster than IBM's Summit supercomputer — which is also being used to research COVID-19 — and equivalent to the expected performance of Cray's Frontier supercomputer that is set go online in 2021.

Orlandini, chief architect of the Tempe, Ariz.-based company's Cloud and Data Center Transformation solution area, told CRN that he wasn't planning to make Insight's efforts public, but after an internal announcement made its way to Nvidia and the news was published to LinkedIn, he decided to discuss it with the hope it would encourage other IT solution providers.

"Everybody should be doing this. Any resource we can throw at this problem is a good resource," he said, adding that Insight's involvement started after a few architects noticed a call to get involved from Nvidia's GeForce team. "So yeah, everybody should be helping as much as possible."

Folding@Home is helping researchers develop potential therapies for COVID-19 by building computational models of the "spike" protein that the coronavirus uses to attach itself to human cells. By doing this, researchers can increase their understanding of the viral protein and how it folds, allowing them to "identify sites that can be targeted by a therapeutic antibody," according to a Folding@Home blog post. The application has also been used to research Alzheimer's disease, Huntington's disease and cancer.

"With many computers working towards the same goal, we aim to help develop a therapeutic remedy as quickly as possible," wrote Dr. Greg Bowman, who is currently leading the project from the Washington University School of Medicine in St. Louis, Mo.

Orlandini said that most of Insight's compute resources for Folding@Home are coming from an Nvidia DGX-2 deep learning system and a Cisco UCS C480ML server at the company's Eden Prairie, Minn., office that are used to run internal testing and client proof of concepts for artificial intelligence projects. Combined, they have 24 Nvidia Tesla V100 data center GPUs, which are a perfect fit for workloads like Folding@Home because of their large number of cores, according to Orlandini.

"So combined, we're adding 24 of these GPUs, which doesn't sound like a whole bunch. But if you were to do the math of how much that is, that's about a three-petaflop supercomputer that we're throwing at just with our efforts between those systems," he said, which means that the two systems are completing roughly three quadrillion calculations per second.

Insight is also contributing to Folding@Home with desktop PCs and laptops owned by employees.

Folding@Home is designed to only utilize compute resources that aren't being used, so it won't have a performance impact on servers and PCs, Orlandini said, likening it to a screensaver. As such, the application only increases or decreases the amount of resources it's using based on what's available.

"When you start using your computer, Folding@Home notices that you're using it, and it slows down or stops," he said. "Then when it notices that you aren't using it for very much, it starts picking it back up and starts working on it again."

While it's easier to set up Folding@Home on a client computer, it didn't take too much extra work to get the application running on servers, Orlandini said. The application can run on Windows, Mac and Linux systems. In addition, VMware has released its own vSphere appliance for the application.

"We had to go and do a few extra steps that are not what the normal user would go through," he said. "Our guys figured it out in a matter of hours."

All of Insight's machines contributing to Folding@Home are operating under the team name, "gpus4good," in recognition of the accelerated computing power offered by GPUs. Any Folding@Home user can create their own team, which can compete against other teams in an online scoreboard as an incentive for long-term participation.

"We're pretty close to four petaflops worth of compute power that we're contributing, and I'm really stoked about that," Orlandini said. "Not too long ago, that would have been the fastest supercomputer in the world. And it is just us trying to do the right thing."