How CSC-UXC could create a $1.4bn Aussie channel giant 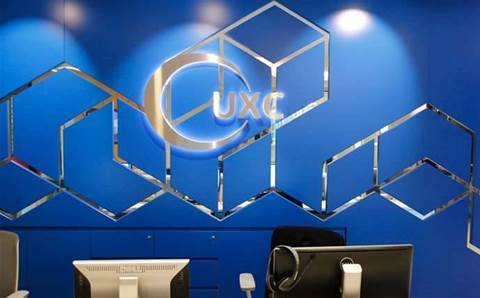 UXC managing director Cris Nicolli has laid out some of the key strengths a combined CSC-UXC would bring to the Australian channel if CSC’s proposed acquisition goes ahead.

If the deal completes, it will combine CSC’s 2100-person Australian operation with the 3000-person business of UXC. The combined Australian revenues for both companies totalled more than $1.4 billion in 2015.

Nicolli noted that the two companies will need to spend time understanding each other's business and shareholders will make their own assessment. "We’ll start that process now and see where that goes," he said.

Were the transaction to go ahead, Nicolli said the combined operation would be in the top two IT services companies in Australia and New Zealand.

“[CSC] has a market penetration around quite large enterprise and government and that’s typically a market we don't scale to,” he told CRN.

Despite the broad scope of both providers – CSC’s vast services portfolio covers enterprise software, managed services, consulting, security and infrastructure-as-a-service and more – Nicolli estimated that the top 15 to 20 of UXC's vendor partners don’t overlap with CSC.

He identified three areas where the two complement each other.

Microsoft Dynamics is one. UXC’s Dynamics arm UXC Eclipse has grown to more than 200 people in the USA, bringing in $68 million in revenue and beating an international field to earn Microsoft’s Dynamics Industry award.

In Australia UXC Eclipse’s contracts include a deal with 34 Supa IGA stores in Queensland and a rollout across Jeanswest franchises.

UXC has also been racking up Oracle wins, including the deployment of a greenfield Oracle ERP system for an unnamed Australian-based construction company; building and supporting an Oracle manufacturing and business platform for a global beverage company; and delivering Oracle databases and middleware for Transpower New Zealand.

UXC Red Rock is also on Oracle’s partner advisory board, which was involved in opening up named accounts to the channel.

He also identified UXC’s “very large” ServiceNow business as a key asset. The company announced the acquisition of ServiceNow reseller Keystone Management Solutions for $24 million in 2013.

Nicolli cited both company’s security businesses as key strengths, and the health sector as another area where the two companies complement each other.

While UXC is already a $686 million dollar company, Nicolli said the added weight of CSC’s international balance sheet, investment in technology and global IP could help it go after bigger deals.

Customers, however, were foremost in Nicolli’s mind.

"Our customers are the ones that make us successful. It’s important we maintain our ability to service our customers well, if not better than we have achieved in the past," he said.

CSC’s proposal will depend on various conditions including due diligence, board approvals, shareholder approval, agreement on a scheme of arrangement and various other conditions including regulatory approvals. If all the necessary hurdles are passed on schedule the acquisition would complete by February 2016.

Grow your software revenue by selling these 5 affordable, essential tools for the modern workplace
By William Maher
Oct 8 2015
1:46PM