How Dell-EMC would place in cloud hardware race 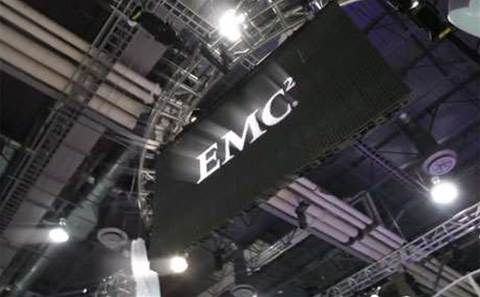 Dell's acquisition of EMC has positioned the newly combined companies, now known as Dell Technologies, among the leaders on all major fronts for supplying technology to build cloud systems, according to a report released Tuesday by Synergy Research Group.

Synergy's compilation of Q2 financial disclosures reveals that had Dell and EMC been tabulated together in the quarter, the combined entity would have been nipping on the heels of the two dominant players in cloud hardware.

Dell Technologies, the company formed last week after the US$65 billion acquisition officially closed, is also a cloud software powerhouse through its majority stake in VMware, the second largest supplier of infrastructure software to cloud builders.

Dell's post-merger prominence in supplying cloud infrastructure is especially significant considering stagnant data centre spending, which has averaged about US$29 billion for the last nine quarters, according to Synergy.

"This is a vitally important battleground for vendors as the huge market continues to be driven by aggressive adoption of both public and private clouds," said John Dinsdale, Synergy's research director.

The market for vendors of servers, operating systems, storage, networking, network security and virtualisation software increasingly depends on sales to cloud providers, the only data centre category for which spending is rising. And an increasingly larger share of that spending is coming from the hyperscale operators, a trend that will continue for some time, according to Jeremy Duke, Synergy's founder and chief analyst.

The cloud hardware market has long featured a tight, and exclusive, horse race between Cisco and Hewlett Packard Enterprise.

Cisco and HPE have long offered a one-two punch on the public and private cloud sides of the market. In the second quarter of 2016, counting all cloud hardware sales—both for public and private installations—HPE led the field with 15 percent market share, a tick above Cisco's 14 percent.

Combined sales from both Dell and EMC in the quarter before their deal closed added up to 13 percent share for the joint entity for public and private cloud technology sales.

Cisco had roughly 15 percent share of Q2 sales to public cloud operators with HPE closer to 11 and Dell Technologies just under 10.

But on the private cloud side, Dell Technologies represented 18 percent share in Q2, behind only HPE with its 23 percent of that market. Cisco, finding itself in an unfamiliar third place, trailed the combined Dell and EMC by about a percentage point.

When Synergy compiled the numbers several months ago for the first quarter of the year, tabulating Dell independent of EMC, Dell had placed a distant third behind Cisco and HPE in both public and private cloud categories.

On the software side of cloud infrastructure, Microsoft maintained a big lead in Q2 with more than 40 percent market share. VMware, 80 percent owned by EMC, was the closest challenger with 20 percent share.

Other major cloud infrastructure vendors in the quarter included IBM, Lenovo, Huawei, Oracle and NetApp, according to Synergy Research.

While the growth rate for cloud infrastructure across all categories declined slightly in the quarter, on a rolling annualised basis the market demonstrated 16 percent growth, Synergy noted.