Whitten’s hiring comes at a time of significant transformation currently underway at the US$94 billion infrastructure and PC giant.

Dell is spinning off its stake in VMware later this year, which technically ends one of the most strategic partnerships in the IT industry, although both companies will continue to work together post spin-off.

Dell is also selling its cloud business Boomi for $4 billion to private equity firms, on top of the sale of its cybersecurity business RSA for over $2 billion. Dell is also changing the way it builds and sells its vast portfolio of product with the official launch of Apex just last month.

Whitten is set to become Dell’s new co-COO on August 16 after being a longtime leader at the global management consulting firm Bain & Company.

Here are five big things you need to know about Whitten and his future at Dell Technologies.

Who Is Chuck Whitten?

Anthony Charles “Chuck” Whitten, 44, has worked at management consulting firm Bain & Company since 1998 and was elected a partner in 2010. Over the last decade, Whitten has focused exclusively on the technology sector and has led assignments for Bain & Company across a range of hardware, software, solutions and services market segments.

Whitten has been Dell’s “top advisor” for many years, according to Jeff Clarke, vice chairman and current chief operating officer at Dell Technologies.

“As our top advisor, Chuck has been an integral part of the team for a long time working across strategy, transformation and operations,” said Clarke in a statement.

In addition to his client responsibilities, he serves as the managing partner of Bain’s U.S. Southwest region and oversees the company’s Dallas, Houston, and Austin offices. Dell Technologies is one of the largest employers in the state of Texas with its longtime headquarters in Round Rock, which is close to Austin. As managing partner, he has full responsibility for all strategic and operational efforts in the region and is a member of Bain’s executive committee in the Americas.

In 2019, Chuck began leading the Bain board strategy committee, which is responsible for shaping Bain’s long-term corporate and business unit strategies. The newly created position of co-COO made for Whitten will see Dell’s current COO and vice chairman Jeff Clarke (pictured) move into the role of co-COO.

“I couldn’t be happier to have him as co-COO to capture big growth opportunities across our portfolio as the world becomes more digital and data driven,” said Clarke, who has been with Dell for nearly 34 years.

Clarke, who has been one of Dell’s most important innovators and global leaders for decades, will remain vice chairman of Dell Technologies.

Whitten will serve as principal operating officer of Dell Technologies, according to a Dell filing with the U.S Securities and Exchange Commission. He will report directly to Dell Technologies CEO Michael Dell. 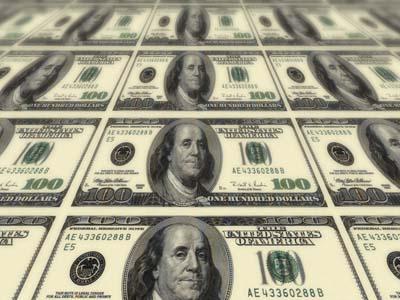 Chuck Whitten will receive an annual base salary of US$900,000, according to Dell’s filing with the U.S. Securities and Exchange Commission. This means Whitten will be one of Dell’s top salary earners across the global company.

In terms of his compensation, Whitten will become eligible for a target annual bonus equal to 150 percent of his base salary, according to the SEC filing. He is also eligible for a US$5 million ‘new hire’ cash bonus.

On June 15, the nominating and governance committee of Dell’s board of directors approved an increase in the fiscal 2022 target annual bonus under the company’s incentive bonus plan for Jeff Clarke, according to the SEC filing. The target bonus was increased from 100 percent of Clarke’s base salary to 150 percent of his base salary. Michael Dell Says Whitten Will ‘Shape The Future’ Of Dell

Michael Dell is the founder, chairman and chief executive of Dell Technologies and is arguably the most influential CEO of any Fortune 500 technology company. Dell has led his company through the biggest IT market transitions over the past three decades while at the same time elevating Dell Technologies to becoming the world leader in storage, servers and hyperconverged infrastructure as well as a top global leader in PCs.

In one of his most bullish statements about a new executive hire in recent memory, Michael Dell said Whitten will immediately become one of the most influential leaders at his company.

“Together Jeff, Chuck and I will shape the future of the company and accelerate the outcomes we can drive for customers,” said Michael Dell. “Chuck’s leadership, energy, knowledge and humanity make him the obvious choice to join our team and strengthen our industry leadership.” With its upcoming spin-off of VMware, sale of RSA and Boomi, and turning its entire product portfolio towards as-a-service – Dell Technologies is yet again transforming itself.

“With technology at the centre of the world’s recovery and what’s next, we have tremendous growth opportunity across our core infrastructure and PC businesses and in high-priority areas including hybrid and private cloud, edge, telecom and APEX,” said Michael Dell regarding Whitten’s hiring.

In Dell’s recent first quarter 2022, the company generated record first-quarter revenue of $24.5 billion, up a whopping 12 percent ear over year.

“Coming off a record FY21 and first-quarter of FY22, we are growing and our opportunity is growing even faster,” said Clarke. “Chuck joins the company at a pivotal time to give us greater leadership capacity to cover more ground, assess more opportunities and speed decision making to best serve customers.”