How Dicker Data survived and thrived amid COVID-19 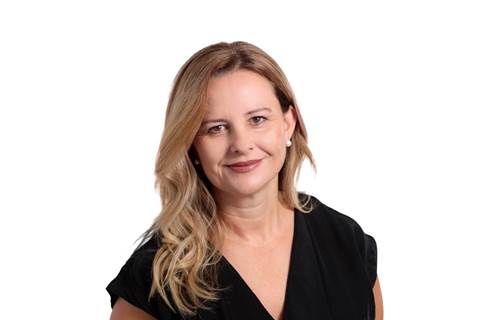 the coronavirus pandemic was a shock that few in the IT industry saw coming. While adapting to the situation has been difficult, Dicker Data has shared with us how it can be done.

In an exclusive interview with CRN, Dicker Data CFO Mary Stojcevski explained how the company tackled supply, staffing, and financial constraints all at once.

From January and February, the company began to see some supply constraints brought about by the shutdown of many factories in Asia.

“Fortunately, as a business we tend to have a very active stock management process,” Stojcevski explained.

“We did have quite a bit of stock and so we were able to fulfil a substantial amount of orders with what we had but this did create backlogs for new orders.”

To add more pressure, as organisations and almost the entire education sector started to mobilise for remote work, demand for hardware increased again.

“At the same time we had to think about our own business and how to ensure continuity,” she said.

With all this occurring concurrently, the distributor was now faced with additional pressure to mobilise its workforce, a decision Stojcevski said was made at the same time the Federal Government was imposing restrictions.

“Fortunately we had a warehouse full of monitors so we were able to send people home equipped fairly quickly,” Stojcevski said.

“We also had some teams which had already done that to a degree because we do have flexible working arrangements."

These arrangements go back to the early days of Dicker Data as Stojcevski tells it.

“As a company, we've always had flexibility founded on people working on casual hours, returning to work mums working the hours they could and getting paid for the hours they worked,” she explained.

“When I started we had 15 females coming back to work in one form or another and flexibility was at the core, that hasn't changed.”

Perhaps the biggest challenge, according to Stojcevski, was in the warehouse where the company had standard operating hours which needed to be adjusted to ensure availability and safe working conditions for staff.

“We had to spend a lot of time organising to split the [warehouse] team in two, reworking contracts and run a full shift system which we hadn’t done previously," she said.

The warehouse staff moved to split shifts to cover the extended hours and ensure there was no staff crossover during the day.

In addition, the distributor installed a thermal scanner in the warehouse that allows staff to have their temperature taken on arrival.

"So for the 40 or 50 odd people that have to be on-site that cannot work from home. We've tried to make the environment as safe as possible with us and we didn't want to affect the continuity of supply."

Stojcevski said some vendors had been proactive in providing extended terms on the expectation that this would be passed on to the partners.

She singled out Dell, Autodesk and Nutanix as vendors who had been particularly pro-active.

“Where there hasn't been, we've been trying to actively work with them and see what we can do to help partners in that regard.”

Flexible working hours are based on the seemingly simple principle of task completion. As long as a staff member is fulfilling their duties, when they complete these duties is irrelevant.

“I think everyone is embracing what outcome they need to achieve for their role and we have not found any downside so far in terms of key performance indicators.

Through this approach, Dicker Data has been able to maintain all response dispatch and quoting service level agreements.

Maintaining morale along with productivity was a high priority for the company according to Stojcevski and a number of measures were put in place to offer extra services to staff.

Additionally, proactive initiatives to keep people connected, refocus their attention on the positive and maintain their physical and mental health were introduced.

These included virtual guided yoga twice a week since implementing the WFH policy. In fact, the company reported a six-fold increase in the number of staff attending yoga now vs when it was run physically in the office before COVID-19.

“We don't know how much longer we are going to have to work in this state so we are constantly looking at ways to keep in touch and connect staff to keep everyone’s morale up,” Stojcevski explained.

Grow your software revenue by selling these 5 affordable, essential tools for the modern workplace
By Chris Player
May 8 2020
7:36AM