How Dimension Data put Brisbane's G20 on the cloud 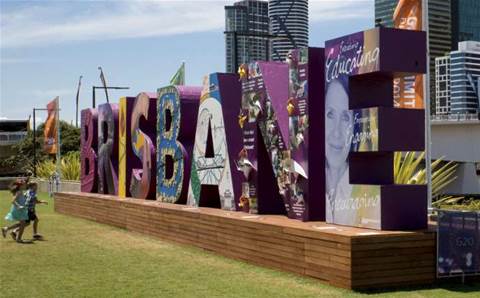 Dimension Data Australia has opened up about its work for the G20 Leaders' Summit in Brisbane last November.

The global IT solutions provider supported the event's host, the federal government, by deploying cloud-based technologies for 4,000 international delegates and 3,000 members of the media last year.

"What makes this event unique is that we delivered all the services on a consumption basis – meaning there was no capital expenditure for the government, and it was not left with assets to depreciate once the event concluded," Cunico said in November.

"Even when taking into account the built-in redundancy with automatic failover to our Sydney MCP, the cost was still minimal compared to traditional hardware models."

Dimension Data was last week recognised at the Australian Business Awards, where the G20 summit project won an ABA100 award in the technology category.

The ABA100 award case studies are judged using the "the POEM Assessment Module via a detailed analysis of the method, execution, performance and outcomes of their initiative", with "platforms, software, knowledge, systems, services, information and devices" all evaluated.

Dimension Data Australia has claimed that its Brisbane G20 work has "redefined" how technology will be deployed for future incarnations of the event, and will be considered a "blueprint" for subsequent technology providers.

The company has previously revealed that 10,000 mobile devices were supported and 300 wi-fi access points were deployed for the 15-16 November world leaders' forum. Some 112 DiData staff spent 14,000 man-hours on the project, with 70km of cables and 2km of duct tape laid down around Brisbane.

Dimension Data employs over 28,000 staff in 58 countries. The firm was established in South Africa in 1983, but became a wholly owned subsidiary of Japan's NTT Group in 2010.