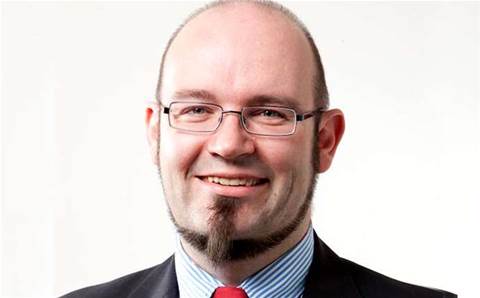 Poster-child for Australian IT channel acquisitions Empired is renaming its subsidiaries under the one brand in a combined assault on the east coast.

Empired will phase out the names OBS, eSavvy and Intergen – the three companies it acquired in the last couple of years. All three now fall under the name Empired, which also has a new logo.

The rebranding marks the evolution of Empired from its Perth roots to an 800-person business winning midmarket deals across Australia. In the 2014 fiscal year, Empired grew 44 percent to post revenue of $67 million, while earnings almost doubled to $7.1 million.

With the various parts of Empired now going to market under one name, chief innovation and marketing officer Andy Neumann said the firm is eyeing further growth on the east coast.

“We stand a very good chance of contesting bigger deals and more work here (on the east coast),” he told CRN. “That’s not to say Perth will stop. We’ve still got some great customer wins in Perth – Rio Tinto is a great example of that.”

The rebrand follows more than $37 million spent buying OBS, eSavvy and Intergen – deals that brought major customers on the east coast, and extensive capability in the Microsoft CRM space.

The company has been turning what were sometimes Microsoft Dynamics rollouts into contracts for infrastructure and other services.

Empired now has a list of midmarket customers to its name, including the likes of Marine Rescue in Queensland, Epworth, Coates Hires, Cricket Australia and the University of NSW.

The old Empired logo on top, and the new logo below.

Like various major integrators in the Australian channel, Empired’s strategy now spans both software and cloud. On the infrastructure side, the company offers dual geo-located data centres, managed infrastructure services including networking, storage and data centre management, and runs a 24x7 helpdesk and NOC. Azure is use for storage as a service and to burst workloads, in addition to Empired’s own FlexScale platform.

The applications side of the business covers Dynamics and Office 365, including collaboration, information management and social networking, as well as data analytics and a growing IoT practise.

While the rebrand doesn’t change what Empired was already offering, Neumann said the goal is to go to market as a single vendor.

“Even though [customers] were dealing with a single vendor before, it didn’t quite feel like that because there were multiple brands involved,” he said. “It’s been a huge marketing exercise.”

Grow your software revenue by selling these 5 affordable, essential tools for the modern workplace
By William Maher
Jun 5 2015
11:08AM