How IBM reckons it can beat cloud rivals on price 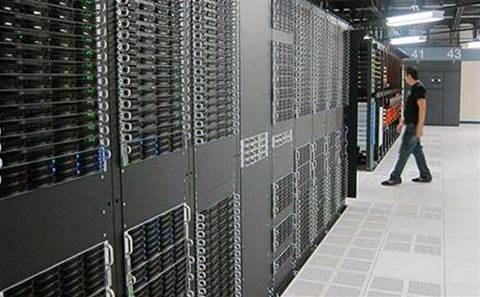 Chief technology officer Marc Jones sat down with CRN in Sydney to discuss how SoftLayer could compete against hyperscale rivals that have a significant advantage in terms of maturity and market share, especially Amazon Web Services and Microsoft Azure.

The public cloud market has seen a race to the bottom in prices between AWS, Azure and Google, and Jones admitted SoftLayer would "have to remain competitive with the market".

While IBM is typically seen as a high-cost provider. Jones claimed SoftLayer had some unique pricing benefits and features.

Jones said two selling points were SoftLayer's global reach from more than 20 data centres globally, as well as its global private network that interconnects each of its data centres.

While its cloud rivals also operate private networks between points of presence within individual regions, Jones said SoftLayer had an edge because every PoP, including Sydney and Melbourne, is connected by a private network, meaning data isn't transmitted over public internet connections. SoftLayer rents this private network connectivity from "tier one" providers, he added.

"I've met with multiple large customers for us here in Australia this week and they continue to rave about the private network," said Jones.

One publicly announced customer is Coca-Cola Amatil, which hosts on cloud infrastructure at SoftLayer Sydney and Melbourne.

He said that SoftLayer doesn't charge for any inbound or outbound data across this global private network, an advantage that is "definitely unique to us".

"Typically most providers have free inbound and then you pay for outbound. When you want to go region to region, then you're going to pay an outbound on that," said Jones.

He added that SoftLayer has pricing options for monthly as well as hourly utilisation. "That monthly rate tends to be cheaper than the hourly rate."

Another key differentiator for SoftLayer is its bare metal servers. "All public clouds are typically a virtualised public cloud and in most cases, multi-tenancy. Obviously your VMs can be running on the same physical server that my VMs are running on, and it can yield inconsistent performance.