How InfoTrust wants to disrupt the security consultancy space 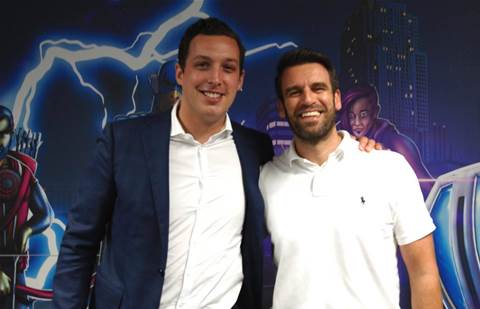 Sydney-based InfoTrust have given CRN a sneak peak at how it plans to disrupt the security consulting market by developing its own security product.

InfoTrust founders Dane Meah and Simon McKay told CRN that their company is developing a workflow and security platform to help both partners and customers to plot out their security roadmap and bring their security posture up to snuff.

The founders weren’t inclined to reveal the platform’s name just yet, so we’re just calling it ‘the platform’ for now.

Meah said the platform is much more about leading customers on a security journey, rather than outsourcing security requirements entirely.

“We’re taking a more holistic approach to helping customer mature their security posture. Typically that’s done via frameworks, which is a very manual process. So we’re giving customers a way of being able to improve their security scores in a much more cost-effective and reportable fashion,” McKay said.

“There’s no solution on the market that’s really addressing this use case. There’s a few different products that kind of, bundled together will do something similar, but we’re really excited about bringing it together and giving an IT or security manager an idea of where they’re at as an organisation and manage their overall risk,” Meah added.

Meah and McKay are casting a wide net over the intended market, saying end-users could be anyone that has business security requirements. It’s not just for the top-end of town either.

“We see the target market as big enough to care about security, not too big that you have teams of people doing it. In the SMB space, it’s a no brainer, but what we weren’t expecting to hear from our existing customers in the tier 1 space that they’re saying ‘this would be really good for me,” Meah said.

The platform also has the channel in its sights, and will look to sign up traditional integrators, resellers, security practices, and any other partners looking to get into security.

“That’s not an afterthought, it’s a big part of the design,” Meah said. “Any resellers wanting to get into security will have their own dashboard so they can measure the security maturity of their own customer base.”

Meah and McKay plan on spinning the platform out into its own business separate from InfoTrust, which will become the new business’ first partner.

The platform is still in the development phase, but the founders plan to launch it in June.

InfoTrust this month is celebrating its fifth year in business. In that time, the company has grown to more than 30 staff across offices in Sydney, Brisbane and Melbourne, and boasts approximately 350 customers across the country.

Meah and McKay also revealed plans to launch in the US some time later this year as they look to crack the American market with their new platform. InfoTrust is also about to commence a hiring spree to make way for growth.