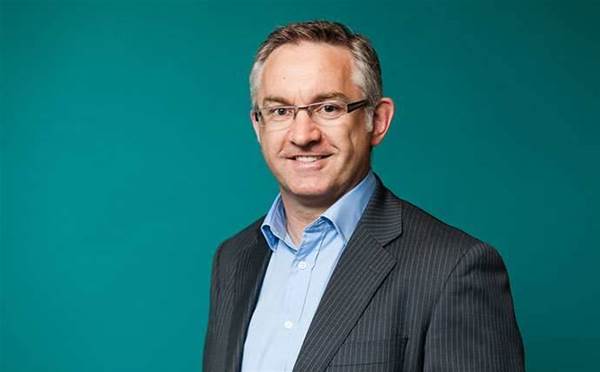 NBN hopes its impending ICT partner program will offer an easy launchpad for traditional resellers to shift into telco services, channel chief Keith Masterton said in an interview with CRN.

The network builder announced earlier this month that it was piloting the program with Westcon-Comstor and Computer Troubleshooters, as well as Telstra and Vocus.

The "influencer" program will allow resellers to respond to customer enquiries about the NBN and refer them to retail service providers (RSPs).

"The two [channels] work hand in glove. The RSP channels are still our only channel to market from a retail point of view," said Masterton, who was appointed executive manager, ICT channel development in August after a long career with Telstra.

"The ICT channel is an influencer channel and it is there to educate, at scale, the business community and in particular the SMB community but then work in cohort with the RSP to execute the sale."

Traffic class 1 is NBN's "highest-priority traffic class", according to the network builder's website. "It is delivered as a committed information rate with defined latency, jitter and loss characteristics. It is suitable for applications that require highly deterministic traffic parameters, such as voice.

NBN Co wants to rapidly scale the program, and is currently in talks with major IT vendors about leaning on them to spread the word to their extensive partner networks, though Masterton remained tight-lipped on specific companies.

He wants the program to appeal to mainstream IT resellers that may not currently have telco capabilities as a "nice entry into telco for these partners".

Businesses currently make up about 10-15 percent of the overall NBN footprint, with about 350,000 businesses live on the network.

Enterprises in major cities are spoiled for choice when it comes to business-grade telecommunications, so it is expected the NBN program would be a more natural fit for SMB customers, and for those companies outside metro areas.

To become approved NBN partners, ICT companies must first get certified through an online education course, after which they can use the 'NBN advisor' logo and marketing collateral, dedicated support through its call centre, access to NBN solution architects and channel account management.

The solution architects would naturally prioritise "larger and more complex opportunities", Masterton said. "We are testing through the pilot where we would draw those lines."

Further support will also be provided by the RSP, Masterton added.

In response to CRN's questions about incentives and margins for resellers, Masterton said anything related to pricing or offers would be the responsibility of the RSP.

The training, which has four modules, will primarily focus on "the fundamentals of the NBN", including the wholesale/retail model and the delivery mechanisms.

Following the pilot, the partner program is set to go live in the first quarter of 2018.

Masterton would not be drawn on specific targets for the ICT partner program, other than to say its success will be graded on criteria including number of partners enabled, number of connections, as well as customer satisfaction metrics, including net promoter score.

NBN Co has rarely been out of the firing line this year, whether due to its impact on rising telecommunications complaints, or because RSPs have provided slower-than-advertised NBN speeds, or due to its decision to delay the HFC network rollout, or when chief executive Bill Morrow cast doubt on its ability to turn a profit.

Faced with an infrastructure project that polarises like few others, Masterton hopes educating trusted ICT providers will help them provide "clarity" to customers.

Masterton has been filling out his channel team in recent weeks with talent from Ingram Micro, Dicker Data and Telstra.

Craig Bovaird jumped from his role as Ingram Micro's national sales manager, cloud solutions, to be appointed national ICT channel manager at NBN. He is joined by Andrew Charitou, who most recently worked at artificial intelligence vendors Avanseus, and was also group partner manager at Macquarie Telecom.

Rounding out the channel team is Tamika Sercombe, who joined last month as ICT channel program manager after a career that included tenure at Telstra and Dicker Data.

Masterton's team is currently recruiting for another employee to focus on customer engagement and partner support.

Cloud application revenue made easy
By Steven Kiernan
Dec 19 2017
6:59AM