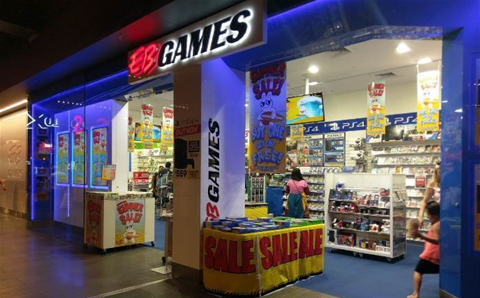 As Australia's largest dedicated game retailer, EB Games should know everything there is to know about selling consoles. But Nintendo's mega-hyped Mini NES taught the retailer a lesson about squeezing more out of Amazon Web Services.

Before migrating to AWS in September 2016, EB Games had a problem: website load times could last up to 20 seconds, leaving impatient gamers frustrated with its online store.

The retailer's US parent company, Gamestop, decided to move all of the group's websites to Amazon Web Services. The move aimed to pre-empt the Christmas trading period, EB's busiest time of year.

EB's website and online store were previously hosted in a third-party data centre in Sydney.

The retailer's customers were heavy online shoppers. Over the last five years, the average website traffic for EB's online store grew 250 percent, and peak traffic up to 700 percent. However, customers could be left waiting for an average of 9 seconds for a page to load, and up to 20 seconds during peak traffic.

When its contract with the co-location provider was up, EB began the process of migrating to AWS. The retailer set out to rework its internally developed e-commerce platform to make the best use out of the public cloud.

"Day-to-day performance is better in AWS; we found that actually better under load because of the caching," EB Games senior technology manager Kevin Clarke told CRN. "We didn't just do a lift-and-shift from infrastructure. We re-engineered the website to make use of the Amazon platform, to use it as a platform-as-a-service."

"We wanted to work with partners who have a progressive mindset, who wanted to move towards a DevOps cloud infrastructure way of doing things," said Clarke.

EB Games also had costs to consider, and couldn't justify forking out to upgrade infrastructure to accommodate for one or two days of above peak traffic.

"We found that we actually saved in operational costs while increasing performance. We've taken cost efficiencies from an operational/depreciation cost and can now actively look for how we can drive more efficiencies," said Clarke.

Next: Lessons from the mania over the Nintendo Mini NES