How one Aussie client jettisoned legacy IT and went cloud-only 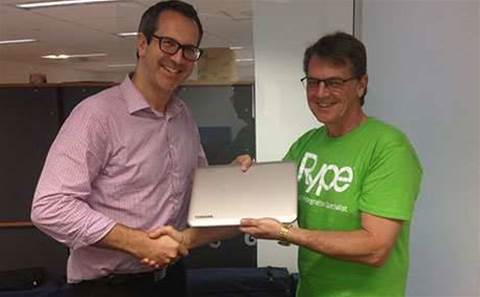 FCO is getting rid of a handful of servers, Microsoft Office and Quickbooks and switching to an environment based on Google Apps, Xero, WorkflowMax and point-of-sale technology Vend.

The not-for-profit was established 18 months ago as the region's peak body for tourism, events, marketing and economic development. General manager David Spear told CRN that in consolidating a number of offices, as well as a local tourism body, he was seeking a new approach to IT.

"We were running three or four servers across three or four offices that needed to replicate across each other constantly. It was creating a range of of operational challenges and also significantly affecting the ability of our teams to work together effectively," said Spear.

Chadwick told CRN: "He [Spear] heard me talk about why people would be thinking about moving this way and it resonated with him. Just before Christmas they went Google, then they went Xero, WorkflowMax and Vend.

"Those are four cloud solutions working together. This was a Microsoft shop, and here they are jettisoning all that old legacy thinking, getting rid of their servers and moving to a totally managed IT, simplified model," added Chadwick.

Vend is being used across FCO's network of tourism information centres as well as events such as the Offshore Superboat Championships, the Mary Poppins Festival and the Hervey Bay Whale Festival.

The cloud switch, which has been led by Spear, Chadwick and FCO office manager Jen Grauer, should trim 30-50 percent off FCO's IT budget, said Spear. He anticipated savings in server maintenance, software licensing and IT support from external providers.

"With my forecasting hat on, if I was in the bookkeeping and accounting or IT servicing space, I would be looking out to see what is coming and and how to adapt to that change – or you could be out of a job," said Spear.

He had faced some pushback from local IT providers. "The upkeep of those servers had been done by local contractors who we have great relationships with. While it is fair to say there was some resistance for us moving to the cloud, they have understood our business imperatives."

Rype's Chadwick conceded that in helping clients go cloud, "ultimately we are doing ourselves out of a job".

"We are putting the onus back in the hands of the client, but we act as their cloud mentor and CIO. It is an ongoing relationship but one that once you have done the upfront initial training, the support model is more about keeping them up to date."

For FCO, the transition has created a more collaborative and effective workforce, said Spear.

"That is very liberating for them because it fundamentally creates a more positive culture for us, a more responsive culture. It has given us really significant integration across our internal systems and processes."

Spear said that FCO was still working out the device strategy. Employees can currently use existing desktops, laptops and Macs, but he had been "informally" testing out a bring-your-own-device (BYOD) approach. "I have been trialling a Chromebook and we may look at rolling them across," he added.

Broadband speeds still remain an obstacle. Spear said that the region was anticipating more than 10 NBN fixed wireless broadband towers, "but until those arrive, the situation is pretty dire".

Rype has established itself as a go-to provider of Google Apps deployments. The Premier partner even helped transition Xero to Google Apps.

7 steps to MSP success: from pricing to specialisation
By Steven Kiernan
Jan 14 2015
6:10AM