How one channel champion became a social media star 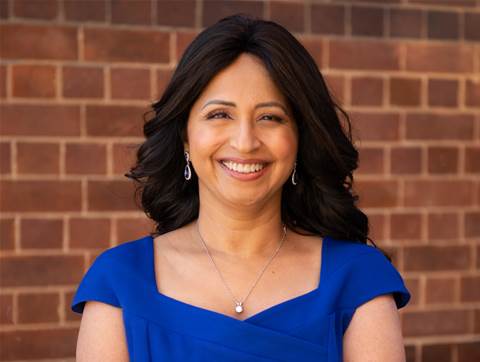 Finding your niche is one of the most elusive targets for any business and for Digital Armour’s Maria Padisetti, this has been an 18 year journey.

“The exciting thing for us this year is that we are so so clear, crystal clear, on who we want to serve as our customer base,” Padisetti told CRN in the first installment of the CRN Podcast.

“What that means is that we will be going after those customers with a laser focus.”

From starting her career as an engineer in New Zealand, to moving across the ditch and starting her own MSP. Padisetti has been on a personal and professional journey which has led her to become something of an inspiration for her peers and followers on social media.

“There are a lot of people asking me this question about wanting to start a business and the first thing I always ask them is why? And if their answer is money, then I say please don't do it,” Padisetti explained when asked what she tells people who come to her for advice.

“That's with the best intentions as well. So, when we've dug deeper with people who say they want to do it for money, and I say, well actually, you could keep your job and still do the side hustle as they call it these days.

“There's so many ways you could make money so if money is the driver, please don't start a business.”

“If you look at a lot of the success stories in the world, wherever you are, people who've done well, or even half decent, is because they started because they had a reason well beyond the money, it never was the money, in fact, you make more money if you stop thinking about money.”

“It is never as attractive as it seems. It may look like the grass is always greener, but it is not.”

“If you want to be an entrepreneur, make sure you are comfortable with uncertainty, because nothing is guaranteed in a business.

Padisetti has been active on social media -particularly LinkedIn where she has in excess of 8000 followers- for some time, but told CRN that this year she has started a new practice on the platform of setting monthly goals which she posts about daily.

“I've always been a goal setting person,” she explained. “But one of the tricky things with every human being is holding yourself accountable to those goals.”

“So what I figured was one of two things. I'm one of those people who's super competitive, which if you haven't already worked out I am ambitious and competitive. So what that means is, if I put it out in public, I'd be far too embarrassed not to hit them. If I do that, then it's accountability.”

However, what Padisetti did not expect in this process, and what drives her now, is inspiring other people.

“I didn't realise that would do that,” she admitted. “I had people writing notes when I started posting, people were saying ‘this is so inspiring.’ How do you do this? How do you track it? What tools do you use?

“I spoke about being diagnosed with an autoimmune condition three years ago, and I remember posting about that. So people were reaching out and being inspired by that now drives me even harder, because now I can't even lie about it.

“I have to be honest to the people who are following me and who are actually being inspired by it, and also to myself, and now every time I feel like cheating, I go, I can't do that because it's 8000 people who are counting on me to be accountable.

“I don't do it, then it's hypocritical. I have to do it. So all of a sudden, it's not about me and what I found generally in life is if it's not about me, and it's about somebody else, I'm much better at doing it.”

Subscribe to The CRN Podcast at Apple Podcasts, Google Podcasts, Spotify, Amazon Podcasts or wherever else good podcasts are found. New episodes will be released every Wednesday.

Grow your software revenue by selling these 5 affordable, essential tools for the modern workplace
By Chris Player
Aug 4 2021
1:20PM