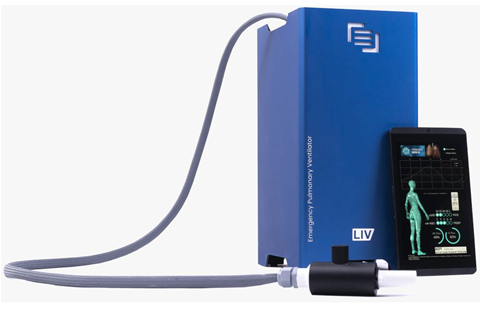 Like other tech executives across the world, Rahul Sood found himself running his business from thinking about the various issues arising from the coronavirus pandemic.

And then the thought struck him: could he do anything to help with the rapidly diminishing supply of medical equipment? So he called his former rival in the PC channel market, Maingear CEO Wallace Santos, and asked, can his company build ventilators using its system building expertise?

Less than a month later, Maingear has a working prototype for an emergency pulmonary ventilator, and the company is now hoping to submit it to the US Food and Drug Administration soon for emergency approval and line up state and local governments who want to purchase the low-cost ventilators.

"This all happened within a month. I know it sounds crazy, but this is rapid prototyping at speed," said Sood, who became chairman of Maingear's board and an investor years after running a competing system builder, Voodoo PC, which he sold to Hewlett-Packard in 2006.

Santos said he was skeptical at first that a company whose main proficiency was building slick, high-performance gaming PCs would be able suddenly pivot into making ventilators. But thanks to Sood's connections in the medical community, the company was able to license a design from an Italian inventor and assemble a medical board of advisors.

Key to gaining access to the ventilator design and building the medical advisory board was Sood's medical connections. Sood said the first person he reached out to was Dr. Deepak Kaura, a pediatric radiologist who is chief medical officer of Vancouver-based quantum computing company 1Qbit and chairman of Canadian Medical Association subsidiary Joule.

"I reached out to Deepak immediately after, and he invited some inventor friends to work with us to get this to market as quickly as possible," said Sood, who is CEO and co-founder of esports betting startup Unikrn in addition to his role as Maingear's chairman.

Sood declined to name the inventor in Italy who licensed the ventilator design to Maingear, but Santos described him as a "really well-known inventor in Europe" who didn't want to be identified.

With the licensed design, Maingear's employees began developing a prototype that consisted of off-the-shelf parts and a 3D-printed two-way coupling device, which are housed inside a slick chassis that the company uses to build its high-end PCs — a part that will become purpose-built once mass production begins. One factor that aided Maingear's development is that there are similarities between liquid-cooled PC assemblies and ventilators, according to Santos.

Santos said there were a few important considerations to the design and assembly of Maingear's ventilator: keeping costs down so that the price will only be a quarter of traditional ventilators, making it portable, providing preset standard values in an attached tablet for untrained personnel, using redundant power supplies to increase reliability and implementing multiple safety features.

To aid with the development of Maingear's ventilator, the company received help not only from Kaura, Soods' doctor friend, but other medical experts as well, including Dr. Nahush A. Mokadam, the director of cardiac surgery at Ohio State University's Wexner Medical Center who joined as an advisor.

Mokadam — who has participated in FDA-sponsored clinical drug and device trials and consulting for medical device manufacturers — said it's integral to make the ventilator simple to use, portable and reliable so that it can "save as many lives as possible, as quickly as possible, for a little as possible."

"We’re in an unprecedented situation where the front line of today may be different from the front line of tomorrow. Medical professionals are getting sick every day," he said. "We wanted this device to be easy enough to use so people could train and onboard quickly."

If Maingear receives approval from the FDA, the company thinks it can begin producing a few hundred ventilators a day within a week. But the company is still looking for help, including potential funding to repurpose Maingear's manufacturing line, according to Santos.

"If we do get funded, we can actually make probably around 300 units per day," he said.

Santos said he's been working days and nights on the ventilator, which he named LIV after his daughter, Olivia, who was born in early March. But he and Sood are hoping the company's work can soon help states with diminishing ventilator supplies and save lives.

"I'm just a builder," Santos said. "I'm just following directions on how to assemble this thing to a T."

Grow your software revenue by selling these 5 affordable, essential tools for the modern workplace
By Dylan Martin
Apr 20 2020
6:30AM