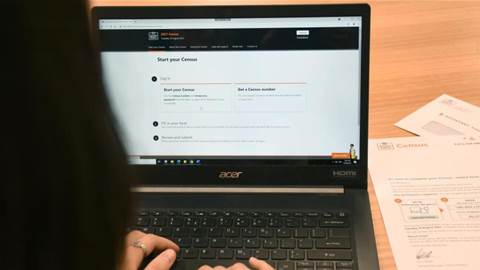 PricewaterhouseCoopers (PwC) was chosen by the Australian Statistics Bureau (ABS) to work with AWS to develop and deliver the 2021 Census Digital Service (CDS).

The job was a sensitive one after the widely publicised distributed denial of service (DDoS) attack that caused the 2016 digital census to collapse, resulting in the host, IBM, having to pay a large settlement.

The 2021 Census was ultimately successful, blocking around 130,000 malicious IP addresses on the system across the lifetime of the CDS, PwC said.

The system needed to be highly secure and stable, as well as easy to use and accessible for at least 75 percent of the population.

The PwC team ended up creating a custom-built solution that used 55 services from AWS, with AWS Lambda as the core computing platform, that was accessible on 95 percent of physical devices, browsers and operating systems.

The team included over 140 people including front end developers, accessibility specialists, content management specialists and Java developers for the back end.

There was also a testing team, an operations team and Agile methodology specialists.

The testing of the system was rigorous and included splitting into two teams, one that simulated attacks and another that defended against them.

“We had a number of simulation events, and rehearsed cyber incidents to test processes and ensure we had the muscle memory developed for the main event,” said PwC cloud transformation partner Scott Evans.

“This was in addition to multiple rounds of security code reviews as well as penetration tests designed to emulate the tactics of a real attacker.”

100,000 households were then asked to participate in a two-month Census Test, which “provided an important proving ground for the project”, Evans said.

PwC Australia digital innovation and cloud engineering partner Gwil Davies said, "We were confident going into Census night given the extensive preparations and hard work by everyone involved, and were delighted with the outcome for the ABS.”

“We had a number of operational dashboards to monitor the service and watch the level of submissions. On the night, volumes peaked at over 270 logins per second, and 142 form submissions per second, and it was great to see a total of 2.8 million forms submitted on Census day.”

Evans added, “The investments made into security mitigated and effectively stopped in their tracks anyone attempting to find a way in. It did not mean they didn’t try, they did, but the solution was able to withstand these attempts.”