How The Advertiser's website beat the South Australian blackout 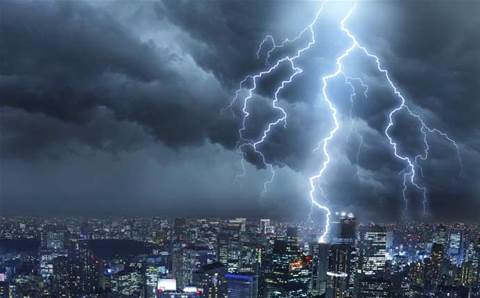 As storms battered South Australia overnight and the entire state was left without power, newspaper journalists at The Adelaide Advertiser turned to technology in a scramble to publish news online.

With the company's back-up generator only delivering half power, The Advertiser managed to continue providing news updates while the rest of South Australia sunk into darkness.

South Australia was battered by storms starting at approximately 4.00pm on Wednesday,  leaving 90 percent of households without power. From their offices in the state capital, journalists at The Advertiser were preparing the Thursday morning newspaper edition.

While the print edition was delayed, The Advertiser's back-up generator provided enough power to update the website with breaking news about the outage. The News Corp-owned website runs on Wordpress VIP with "various subcomponents in AWS", and uses the Akamai content delivery network.

Not only did The Advertiser keep its website running, but it received 77 percent more unique visitors than usual as households left without television reception turned to the internet.

The Advertiser's mobile Telstra connection also managed to hold up, allowing reporters to file stories remotely. At about 9:30pm when a press conference was held at Parliament House, an Advertiser staffer was able to livestream the event on Facebook using a smartphone.

"We've got a business interruption plan, and we rehearse for these sorts of things. So far, we've had a lot of positive feedback from customers, so all up we've been very lucky," said Demaria.

The Advertiser made the decision to print its newspaper editions in Melbourne and deliver them to South Australia overnight to have the paper out on time.