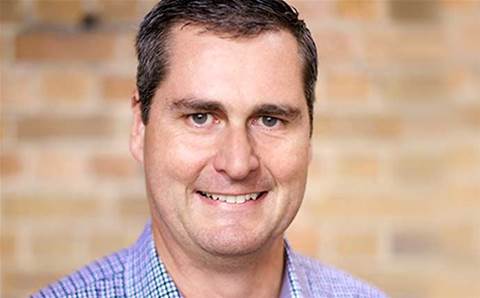 The pace from formal letter of intent (LOI) to signed contract was "amazingly quick," Deveson said. "It was totally based on reputation, to be able to cut the deal over phone calls and emails."

Once the CloudMGR board decided to sell, they started by identifying three potential suitors.

"Who are the three people we thought we could cut a deal with quickly? Who are we most aligned?"

It quickly became apparent that of the three, Cloudability was prepared to move quickly. "Mat Ellis, the CEO of Cloudability, had done four previous deals and had the ear of the board to act.

"I had two brief meetings [with Cloudability] within one week, and the following week, their founder came back and said, 'What is the shape of the deal that would work for you?'.

"Within 72 hours we had a verbal deal on the table. They said, 'Go to your shareholders and if they can verbally accept, we will go to a binding letter of intent within three days. So within hours I texted back saying, 'Yes we can substantially proceed'. We then went to an LOI. That was signed off within days."

The pace of the transaction could have been even quicker had it not occurred during Australia's notoriously slow end-of-year period.

"The only issue was we were now running into Christmas. Australian lawyers and accountants take three weeks off, so I had to negotiate with our legal team that I could have someone available," Deveson said.

"That became the biggest problem. That caused us to lose two weeks. It could have been faster."

Skin in the game

"Most Australian founders will get hung up on two things: valuation and the amount of initial cash in the deal. Advisors and family will help them kill the deal in 90 percent of cases.

"If you sell to a US company they want to you have skin in the game for the upside, not a quick exit."

He said that Australian staff  and founders often "under appreciate" the value of stock and options "to their detriment".

Deveson, who will now work as Cloudability's general manager for Australia, said it was better to structure a deal combining transactional cash to pay the cost of the transaction and associated costs along with stock and strong packages for staff based on performance with additional options.

"The logic with this type of deal is A: it's far more likely to get over the line, and B: if the company is successful then the stakeholders win in a much bigger way," he said.

Craig Deveson is joining a panel discussion on M&A and securing investment at the CRN Pipeline conference in Melbourne on 22-23 March and Sydney on 6-7 April.

If you would like to enquire about purchasing tickets to the conference or to the CRN Impact Awards on 6 April, please contact CRN Events - crnevents@nextmedia.com.au.