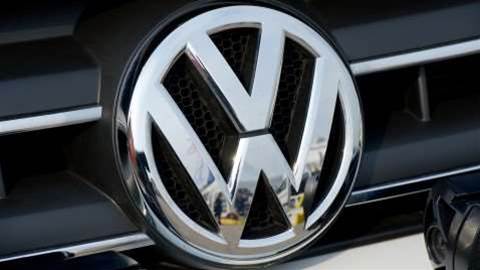 Volkswagen is in serious trouble. Earlier this week, reports surfaced that the US Environmental Protection Agency (EPA) had found evidence that the manufacturer cheated in emissions tests, and things have got worse ever since.

The company has already admitted its part in the scandal, and has recalled just under 500,000 cars in the USA – but over 11 million cars worldwide could be affected.

The VW Group CEO Martin Winterkorn is facing growing pressure to resign, and the company's share prices have nosedived from a high of 172.2 in August to 106.00 Tuesday night Australian time – a fall of 38.44 percent.

In a video statement, Winterkorn pledged: “The irregularities with these engines contradict everything for which Volkswagen stands. To make it very clear: manipulation at VW must never happen again.”

What's more, the company has already set aside €6.5bn to settle the potential cost of the crisis, but could also face fines of US$18 billion and possible legal action in the USA and Europe. So what did it do?

Volkswagen effectively cheated on a test to help improve the environment. Introduced alongside the Clean Air Act to reduce diesel emissions, the EPA takes cars off the assembly line at random, and conducts a number of emissions tests, monitoring for polluting substances such as nitrogen oxides (NOx).

Usually carried out when the car is connected to a rolling road – or with one axle moving and the other stationary – the tests take place at a constant speeds, with little or no steering movement.

So what was Volkswagen doing?

New evidence found by the EPA shows that Volkswagen has developed a piece of software designed to look out for these conditions, and to then run the engine in its most efficient configuration possible.

“The test cycles are very formal and well established, so priming a vehicle to sense when it is being tested is potentially quite straightforward,” Professor Alastair Lewis, an air pollution expert at the University of York told the Financial Times.

“For example, are only its drive wheels turning, is the acceleration unnaturally smooth, or are the constant speeds too precise for a human driver?”

While other manufacturers have a test mode that can force traction control systems to ignore the strange behaviour of the car's front and rear axles, this is the first time any carmaker has made use of a test mode to change the fundamental behaviour of its engines.

The result? Every affected Volkswagen was able to pass the EPA emissions test, but also produce nitrogen oxide emissions up to 40 times higher when driven on the road. As well as skirting round rules designed to help the environment, the EPA says the action was unlawful and led consumers to buy a different product from what was advertised.

Why did they do it?

Volkswagen's engines were certainly capable of achieving their stated figures – just not at all times. Reports suggest that the testing mode used by VW sacrificed horsepower and fuel consumption for lower emissions – aspects that may have been buying incentives for consumers.

In addition, many diesel cars use after combustion systems to reduce emissions. By using substances such as urea, car manufacturers are reducing the nitrogen oxide output of their cars. However, these systems often require topping up in services – and take up valuable space in the car. It's likely the VWs with this system used a higher amount of urea during the test than they otherwise would – an amount that would make owners top up the systems far too frequently.

While cheating benchmarks may be relatively unknown in the automotive industry, it's been a common feature in technology – especially smartphones. Only last year, HTC admitted that its One M8 smartphone was able to detect benchmark software, and run the CPU flat out at the expense of battery life. It isn't the only one either: Samsung's Galaxy S4 and Galaxy Note 3 were able to detect the presence of benchmark software such as SunSpider, and run flat out when needed.